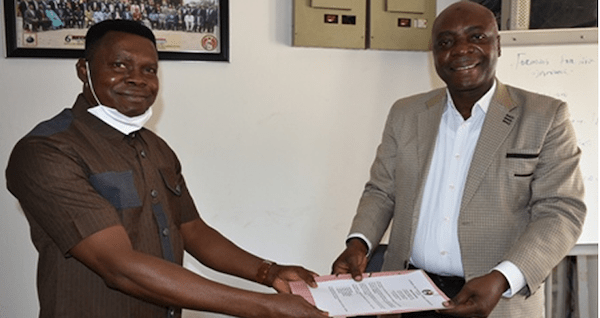 The Acting Chairman of the Economic and Financial Crimes Commission (EFCC), Mohammed Abba, has appointed one Ayo Olowonihi as the new commandant of the anti-graft agency’s academy.

Olowonihi, who is a director in EFCC, takes over from Itam Obono as head of the commission’s academy.

The EFCC’s Head of Media and Publicity, Mr. Wilson Uwujaren, announced this in a statement on Monday.

“Olowonihi takes over from Itam Obono, a Deputy Commissioner of Police

“The appointment which is with immediate effect was consummated with a hand-over ceremony today, Monday, January 18, 2021, attended by both Olowonihi and Obono with heads of departments and units of the Academy in attendance.”

“Obono charged staff to give Olowonihi the best cooperation, stating, ‘I’ll ask that, Ayo who is coming is not new. He has been here before and the work will take speed. Give him the best cooperation. The little hurdles that are there, you may be able to surmount faster than we have done.”

“In his response, Olowonihi appreciated Obono and wished him well at his new assignment. He pledged to take the Academy, which is the brain of the organisation, to where it should be.”

The new commandant was suspended by the former acting chairman of the EFCC, Ibrahim Magu, in 2015.

Related Topics:EFCCMaguMohammed Abba
Up Next