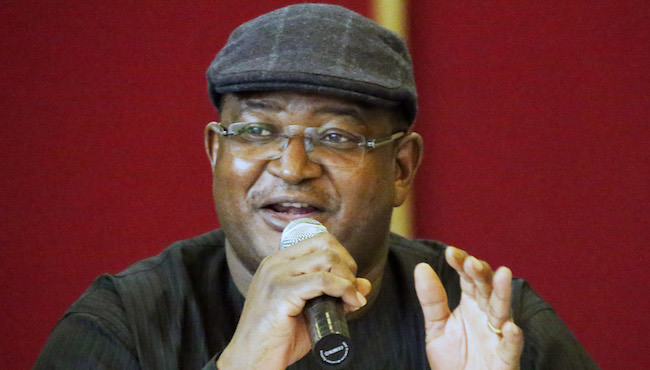 A former Group Managing Director of the Nigerian National Petroleum Corporation (NNPC), Andrew Yakubu, has denied that part of the money recovered in his Kaduna residence was received from a businesswoman, Bola Shagaya.

Yakubu, who was cross-examined by the Economic and Financial Crimes Commission (EFCC), G. Ofulue, at the resumed hearing of his trial for alleged money laundering at the Federal High Court, Abuja, also rejected the commission’s claim some of the money was given to him by Mr. Kola Aluko and Mr. Jide Omokore, two close associates of former Minister of Petroleum Resources, Diezani Alison-Madueke.

He was arraigned on a six-count charge of money laundering on March 16, 2017 but the court struck out counts five and six.

The Court of Appeal also ordered the former NNPC GMD to defend only counts three and four which bordered on failure to make full disclosure of assets, receiving cash without going through a financial institution.

Yakubu said though he knew Shagaya, who is the Chief Executive Officer of Voyage Oil and Gas Limited, he was unaware that her company was awarded an exploration license by the NNPC in 2012.

“Will I be correct to say that the company was awarded an exploration license in 2012 when you were GMD of NNPC?” the EFCC counsel asked.

“I am not aware because NNPC does not issue oil licenses but DPR (Department of Petroleum Resources),” he responded.

“Will I be correct to say some of the money recovered from your house in Kaduna was given to you by Bola Shagaya?” the lawyer also asked, and Yakubu gave a negative response.

The prosecution counsel asked further if some of the money was given to him by Aluko and Omokore and the former NNPC boss dismissed the allegation as incorrect.