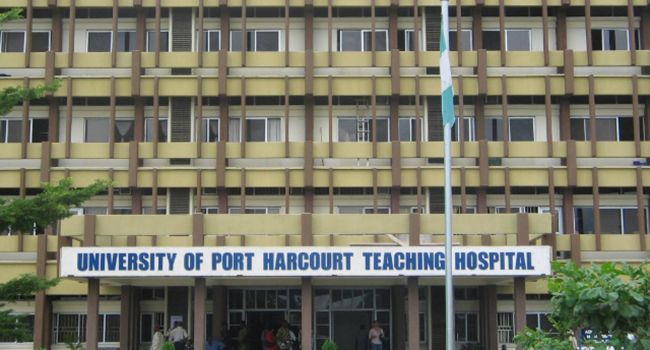 CLAIM: A recent post on Twitter claims that 14 babies died at the University of Port-Harcourt Teaching Hospital in a day.

A tweep, @UnusualStanlee posted on Saturday, “Peter Obi traveled to Egypt to make enquiry on how to solve Nigeria power problems and some of you were making mockery of his movement. Yesterday 14 babies died in an incubator due to power outage at Port Harcourt Teaching hospital. 14 babies fgs”

The tweet got over 4,000 retweets and over 7,000 likes. Replies to the tweet show that many people believed it to be true. However, few commenters doubted its veracity.

A Google search shows that the report may have emanated from a blog, mojidelano.com The blog claimed that the incident occured on Friday July 1, 2022.

The first two paragraphs of the Blogspot read: “Tragedy reigned in Rivers State on Friday, July 1, when no less than 14 babies allegedly died at the incubator of the University of Port Harcourt Teaching Hospital, UPTH due to power outage.

“Several hospital patients also reported that due to an unstable power supply in the Rivers State capital, some surgical procedures have also been postponed.”

The blog quoted an anonymous hospital medical officer as its source. However, the same source was directly quoted to have said that two children died on a Wednesday, while “more than 14 babies” had died “in the past weeks”

The anonymous source was quoted thus: “I’m saddened. We lost those twins yesterday (Wednesday) because of power failure at the hospital. More than 14 babies have died at the incubator in the past weeks due to power failure in Rivers State.”

Secondly, the hospital management has debunked the report. Although it confirmed that there was a power outage.

The hospital’s Public Relations Officer, Elabha Meni, in a statement released on Saturday, said the hospital did not record any infant mortality as a result of the power outage, as there was a generator on standby to serve for the period.

The statement read, “The University of Port-Harcourt Teaching Hospital is an institution, where the world’s best medical standards are practised and maintained. Which also has helped make the institution one of the best medical centres in the South-South and Nigeria at large.

“However, it is quite saddening that certain persons try to tarnish the image of the hospital by spreading false messages and information that are inaccurate.

“Our attention has been drawn to a story of the 14 to 19 babies dying in the hospital, this is not correct. We did not record any infant mortality in our SCBU (inborn and outborn) as a result of our electrical power outage, due to the faulty transformer, during which the standby generator serviced the hospital for the period, with all emergency areas fully powered.

“Surgeries were never cancelled; neither were our services disrupted.

“The management of UPTH frowns seriously at such scandalous social media propaganda that is damaging its image.

“We want the general public to know that we remain committed in our service to humanity.”

Lastly, the Pidgin unit of the British Broadcasting Corporation (BBC), visited the hospital to confirm the viral claim. Quoting a woman on admission at the Special Care Baby Unit (SCBU), the BBC debunked the claim.

The woman who was identified as Peace Marcus, and whose newborn baby was reported to be in an incubator, said she had been on admission for over a month and had never witnessed the death of any baby in the incubator

“I have been here for over a month because I had a Preterm,” she told the BBC in pidgin.

The claim was not backed by any evidence, and the account from the blog was contradictory. Also, the university management and a credible media such as the BBC debunked it.

FACT-CHECK: Did the UK govt arrest Senate delegates who visited Ekweremadu in prison?