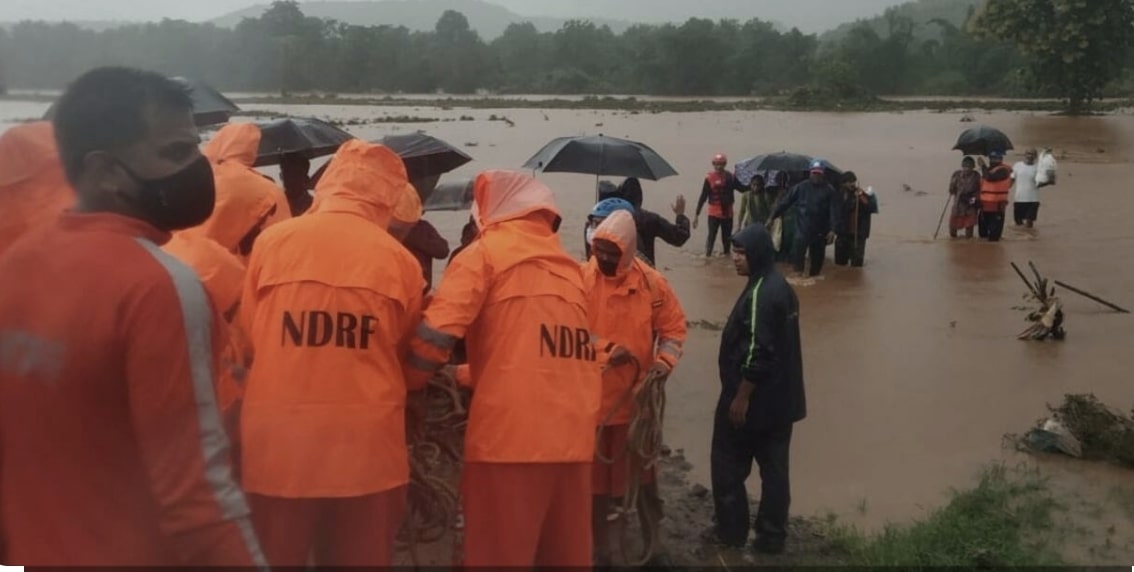 At least 180 people have died in the West Indian state of Maharashtra after torrential monsoon rains caused landslides and flooded low-lying areas cut off hundreds of villages.

38 people were confirmed dead in Taliye, 18km South-East of India’s financial capital, Mumbai, when a landslide flattened most of the small village, state government officials said on Tuesday.

A representative from the state’s Disaster Management, Relief, and Rehabilitation Department told journalists that 27 persons had died in the Satara district in the last 48 hours.

In nine other landslides in parts of Maharashtra, 59 people died and another 15 were killed in accidents linked to the heavy rainfall, officials said.

Another 84 deaths were recorded in the coastal district of Raigad, an official with the National Disaster Response Force said on Monday.

The toll increased after 31 people who were reported missing after Thursday’s landslide had been confirmed dead.

Maharashtra and neighboring states of Goa, Karnataka, and Telangana had faced heavy rainfall since last Thursday.