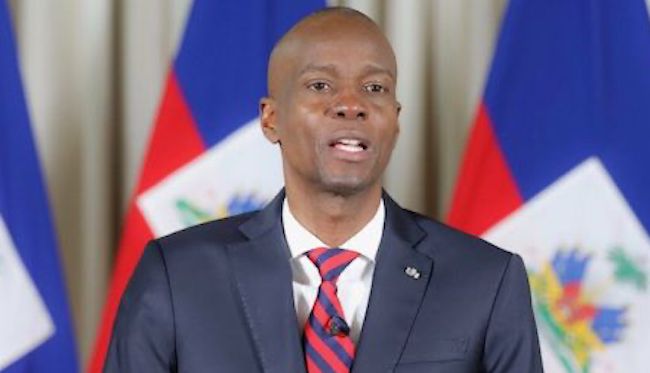 Police operatives in Haiti have arrested the head of late President Jovenel Moise’s security team as part of the ongoing investigation into the President’s July 7 assassination.

The suspect, Jean Laguel Civil, who was the head of Moise’s security team, is accused of involvement in the plot that led to the killing of the President at home by armed commandos who bypassed guards without firing a shot.

He was arrested on Monday.

Police spokesperson, Marie Michelle Verrier, who confirmed this in a broadcast on local television on Tuesday, said:

“I can confirm that Jean Laguel Civil was arrested Monday by police as part of the investigation into the assassination of President Jovenel Moise.

“Civil has been placed in solitary confinement at a prison in Delmas, near the capital, Port-au-Prince.”

Police had on Monday issued an arrest warrant for Wendelle Coq Thelot, a judge in the country’s highest court, who was sacked by the late President.

Police had so far arrested 20 Colombians in connection with the incident.

Police claimed the ex-President’s assassination was organised by a group of Haitians with foreign ties.