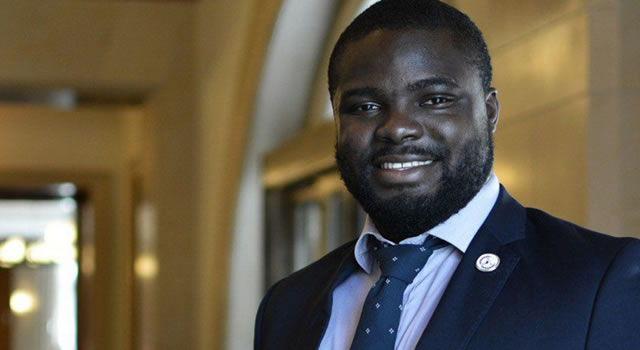 Co-founder of payment firm, Flutterwave, Iyinoluwa Aboyeji, has stated that Nigeria is more business friendly when compared to most African markets.

But Ripples Nigeria findings show that the country is missing among top Sub-Saharan countries in this regard.

Citing a yet to be published report, the co-founder of Future Africa said he reached this conclusion following a study on the African startup investment landscape.

In a statement made available on his official Twitter account on Sunday, Aboyeji said the report contradicts popular opinion of Nigeria being hash to entrepreneurs.

In his words, the serial investor said, “I’m going to get ratioed for this, but just did a study on the African startup investment landscape and you know the surprising thing?

“Nigeria is actually more free market and entrepreneur friendly than most other African countries.” Aboyeji said.

He, however, stated that the more friendly business environment in the country is not linked to any administration, “Despite that it can and should get better and I don’t think this is because of any specific administration. Nigerians are just natural black Republicans.”

Nigerian political risk not worse than other African countries?

Political instability, inconsistent policies, and government clampdown have always been factored as major setback for the growth of Nigeria’s business environment.

However, findings by Aboyeji showed that Political risk is worse in other countries, the tech enthusiast said in response to a comment questioning his study.

Aboyeji buttressed his point by citing how a President’s child can takeover a business without any implication or fight back, “At least here they have to provide some excuse and there will be noise.”

“In some countries the President’s son can just take your business and nothing will happen. In most countries you can’t even start without being politically connected.”

Although Aboyeji didn’t list the countries he compared Nigeria’s business environment with, but several other reports have often put Africa’s largest market behind South Africa, Ghana, Kenya and Egypt on the list of friendly entrepreneur environment.

These are the most competitive countries in the tech and startup market in Africa. And the most friendly business environment is rated by political stability, cost of doing business, and government policies, amongst others.

Startupblink, rated as the world’s most comprehensive startup ecosystem map and research centre, released a report in June, stating that Nigeria falls behind SA and Kenya.

While Nigeria was ranked sixth, with the fDi report stating that after fundraising round, the country isn’t favourable to startups due to government policies, infrastructural issues, poor internet speed, access and connection.

Cases where Nigerian government have acted as alpha and omega

While the child of a President can’t claim right to businesses in Nigeria, same applies to South Africa, Ghana, Kenya and Egypt, who are rated high or equal to Nigeria in the startup ecosystem in Africa.

However, the Nigerian government has shown in some cases how it is the thin line between a successful business and the startup’s failure – one of which is the shutdown of bike-hailing firms.

At the peak of the growth of ride-sharing business in Lagos, home to most startups in Nigeria, the state government banned their operation in January 2020, throwing thousands into the unemployment market.

This pushed promoters of bike-hailing businesses, such as Max.ng, Okada and Oride to pivot into the delivery market – while Oride shutdown business eventually.

This policy drove founders of these crypto platform out of Nigeria to countries like Australia, where Patricia, a Nigerian digital asset startup, relocated to.

Aboyeji is not left out of it

The fear of policy instability has made some Nigerian startups like Flutterwave itself remain domiciled in San Francisco, United States, to reduce its exposure to Nigeria’s political instability.

Another company Aboyeji founded, Future Africa, also has its headquarters in U.S, in San Francisco as well, despite being a Nigerian startup.

Paystack, another Nigerian-owned payment startup, also has its headquarters based in San Francisco, despite starting off from the Nigerian market.

These are a few Nigerian startups amongst many others who will rather have their business based out of Nigeria – a footstep that Twitter’s Jack Dorsey took despite targeting the country’s market.

Twitter chose to situate its African headquarters in Ghana, while its business focus will be on Nigeria, due to fear of government clampdown and lack of business freedom – weeks later, the Nigerian government shutdown Twitter operation in the country.