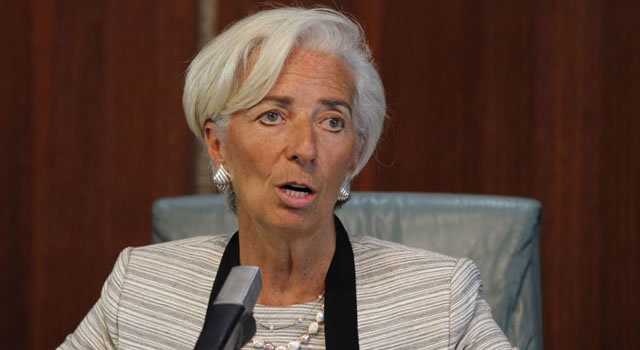 The International Monetary Fund (IMF) has raised its growth projection for the Sub-Saharan Africa’s economy to 3.8 percent in 2019 from 2.8 percent in 2017, implying 0.1 percentage point increase compared with its April, 2018 projection.

The IMF disclosed this in its World Economic Outlook (WEO) Update for July 2018 titled “Less Even Expansion, Rising Trade Tensions” released on Monday.

According to the release, the upgraded forecast “reflects improved prospects for Nigeria’s economy” and supported by the rise in commodity prices.

The global monetary authority said Nigeria’s growth is expected to rise from 0.8 percent in 2017 to 2.1 percent in 2018 and 2.3 percent in 2019 on the back of an improved outlook for oil prices.

But, it left its 2019 growth prediction for South Africa unchanged at 1.7 percent, South Africa is Africa’s most-industrialized economy and hasn’t grown at more than 2 percent a year since 2013.

Nigeria and South Africa’s economies account for about half of the Africa’s GDP.

Read also: FAAC to probe FIRS over alleged under remittance

In May, the National Bureau of Statistics (NBS) released the GDP report for the first quarter of 2018 indicating that Nigeria economy grew by 1.95 percent from 2.11 percent recorded in Q4 2017.

“Despite the weaker‑than-expected first quarter outturn in South Africa, the economy is expected to recover somewhat over the remainder of 2018 and into 2019 as confidence improvements associated with the new leadership are gradually reflected in strengthening private investment,” the fund said.

Nigeria’s economy is recovering after it plunged into recession in 2016 after a drop in the prices of crude oil in the international market, owing to its over dependence on the oil, the country’s main source of foreign exchange earnings.