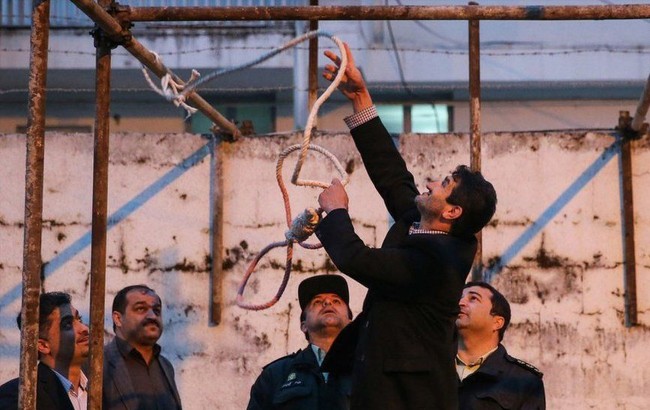 Four people were on Sunday morning, executed in Iran after they were accused of working with the Israeli Zionist intelligence service, the Asian country’s judiciary said in a statement shortly after the executions were carried out.

“This morning, the sentences of four main members of the gang of mobsters related to the Zionist intelligence service were executed,” the judiciary’s Mizan Online website reported.

The execution of the suspects came four days after the Supreme Court upheld the penalty of capital punishment for “their intelligence cooperation with the Zionist regime (Israel) and kidnapping,” the Mizan Online said, adding that they were not given an option to appeal the verdict.

The men were identified by Mizan as Hossein Ordoukhanzadeh, Shahin Imani Mahmoudabad, Milad Ashrafi Atbatan and Manouchehr Shahbandi Bojandi, without elaborating on their backgrounds.

“Three other defendants were sentenced to between five and 10 years in prison for crimes against the country’s security, complicity in kidnapping and possession of weapons,” the judiciary’s website said.

The executions is also coming at a time of heightened tensions in Iran after more than two months of protests sparked by the death in custody of Mahsa Amini.

The 22-year-old Iranian of Kurdish origin died on September 16 after morality police in Tehran arrested her for an alleged breach of the Islamic republic’s dress code for women.

So far, more than 300 people have been killed in the unrest, including dozens of security force, while thousand of protesters have been arrested, including journalists and around 40 foreigners.

Related Topics:IranIsraeli intelligence
Up Next