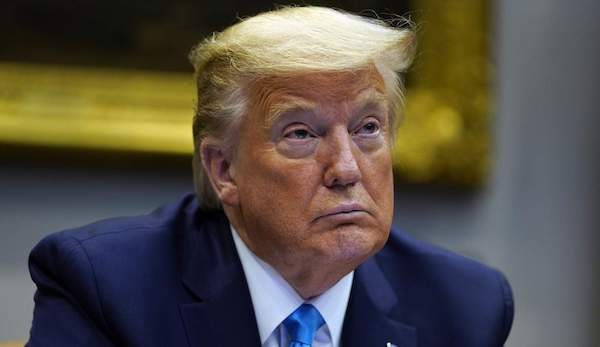 The White House on Saturday, came down hard on former President Donald Trump by issuing him a stern rebuke following his suggestion that the Constitution of the United States should be suspended in his ongoing crusade to discredit the results of the 2020 election.

White House spokesman, Andrew Bates, in a statement directed at Trump, said the former President’s suggestion was against the soul of the country and what it stands for.

“Attacking the Constitution and all it stands for is anathema to the soul of our nation and should be universally condemned. You cannot only love America when you win,” Bates said.

Trump had made the suggestions of suspending the Constitution via a message on the “Truth Social” platform and reiterated the claims he has made since 2020 that the election was stolen.

“A Massive Fraud of this type and magnitude allows for the termination of all rules, regulations, and articles, even those found in the Constitution,” Trump had written earlier on Saturday.

Trump, who last month announced he would run again for president in 2024, had launched the Truth Social after he was banned from Twitter following the January 6, 2021, attack on the Capitol.

And since then, he has carried out sustained attacks on the 2020 election result, and the latest attack on the Constitution is seen by the White House as an affront on the US.

The Democratic National Committee also condemned his comments on Saturday, as did several other politicians.

“Trump’s words and actions are unacceptable, they stoke hatred and political violence, and they are dangerous,” Rep. Don Beyer wrote in a tweet.

“Trump just called for the suspension of the Constitution and it is the final straw for zero republicans, especially the ones who call themselves ‘constitutional conservatives,'” Sen. Brian Schatz also wrote on Twitter.