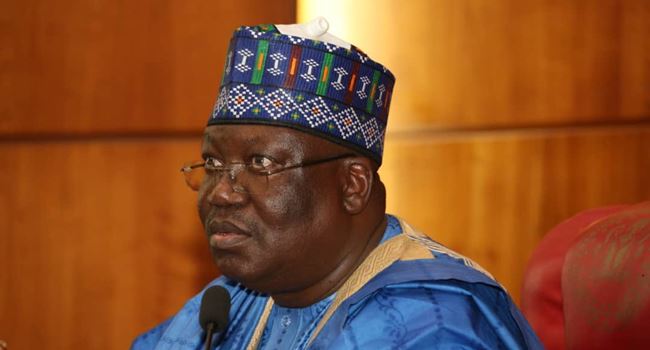 The Senate President, Ahmad Lawan, said on Tuesday the National Assembly would support the Independent National Electoral Commission (INEC) on the creation of more polling units in the country.

Lawan stated this at a stakeholders’ forum organised by the National Assembly Joint Committee on INEC and Electoral Matters in Abuja.

He said: “I want to assure the chairman of INEC and indeed Nigerians that the National Assembly will support INEC fully, completely, and wholly in ensuring that we provide a better voting environment for our citizens.

“We will do whatever it takes, because democracy is about participation and voting is probably the most important thing.”

The Senate President stressed that the National Assembly would always support the provision of a safe and more convenient environment for voters.

“So the issue is not only creating more polling units but even mobilising voters to participate.”

He said the mobilisation of voters to vote was the responsibility of not only the INEC but also that of political parties and Civil Society Organisations (CSOs).

Earlier, Chairman of the committee, Kabiru Gaya noted that making polling units available and accessible was one of the primary responsibilities of INEC.

He said: “One of the challenges that almost marred the credibility of the 2019 general elections especially in densely populated urban and rural registration areas was the accessibility to such units.”