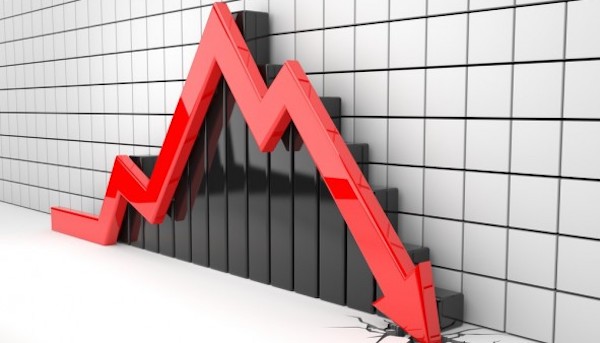 Bearish sentiment continued to dictate the Nigeria capital market’s activities as another sell-off sent the bourse’s share down by -1.81 percent on Tuesday.

Consequently, the equity capitalization dropped by N518.5 billion to close at N28 trillion, down from N28.52 trillion posted on Monday.

The volume of transaction was higher when compared to the 263.33 million shares valued at N3.54 billion which exchanged hands in 4,856 deals on Monday.

Japaul Gold led the five top equities with by 10 percent rise in share price to move from N0.30kobo to N0.33kobo per share.

Guinness led the losers’ chart after shedding N9.80kobo to drop from N98 to N88.20kobo per share.

Veritas Kapital’s depreciated from N0.23kobo to N0.21kobo per share after losing 8.70 percent during trading.