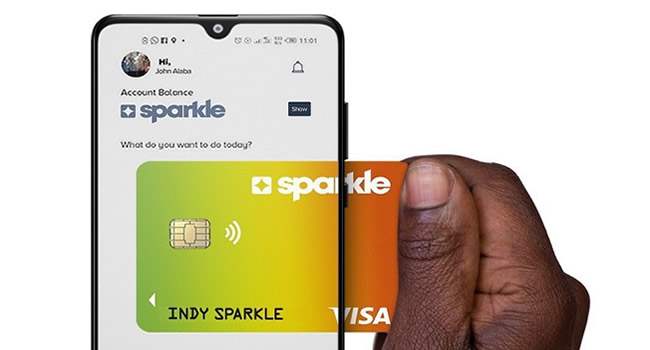 Seeking to provide access to various products and services for small businesses and SMEs in the region, Lagos-based digital bank startup Sparkle has launched a new service.

The development will see the Sparkle team providing necessary tools for SMEs to grow digitally.

According to Uzoma Dozie, founder and CEO of Sparkle, the launch of the new feature is integral to supporting SMEs in the region.

He said: “SMEs are the largest employer of labour in Nigeria but are lacking access to basic services that will help their businesses.

“We have introduced Sparkle Business as a one-stop-shop, to help individuals to launch their businesses digitally, while meeting existing SMEs’ pain points, and allowing them to pivot to the next level of success.

“We have been afforded this opportunity due to our extensive research and access to data, which allows us to know what exactly SMEs are looking for.”

Tech Trivia: The “Anger over advert” concept is used to illustrate which of the following inventions?
A. Radio
B. TV
C. Adsense
D. Remote control
Answer: See end of post.

Organised by the Yunus Environment Hub, the StartNow initiative has opened applications for the second cohort.

The scheme, which is an online course for social business plan creation, will help entrepreneurs (in Kenya, Uganda, Rwanda, Burundi, Tanzania, and Ethiopia) learn useful skills to optimise operations.

Industry experts describe the initiative as a self-learning platform in which potential and early-stage entrepreneurs can interact to develop a social business plan step-by-step in eight weeks.

Speaking on methods and modalities, the board stated that the programme blends interactive online-offline experiences for the entrepreneurs to advance on the creation and testing of their business plans, as well as providing them with tools to track their progress after finalising the incubation process.

As designed, each week the entrepreneurs will work on one module of their business plan, and at the end of the course they will have compiled a structured document.

Managed by Ahmed Al-Alfi, Hany Al-Sonbay and Wael Amin, it has invested in more than 30 companies, including the likes of Swvl, Instabug and Si-Ware.

It began with what TV viewers of the 21st Century can still identify with – anger over the adverts.

In the 1950s in the US, Zenith Electronics president Eugene F McDonald gave the company’s engineers a challenge: he hated having to sit through adverts. He wanted a device that could let him mute them, or skip to another channel (…where hopefully something other than adverts were playing).

The remote control as we know it was born. McDonald’s wish spawned a revolution, changing the way we watched television – less as a passive observer, more a ruthless overseer. If we didn’t like what we saw, a new channel was the flick of a switch away. Zenith’s game-changing device was called the Flashmatic, designed by an engineer called Eugene Polley and released in 1955.

Russian president, Putin, signs law allowing him to remain in power till 2036