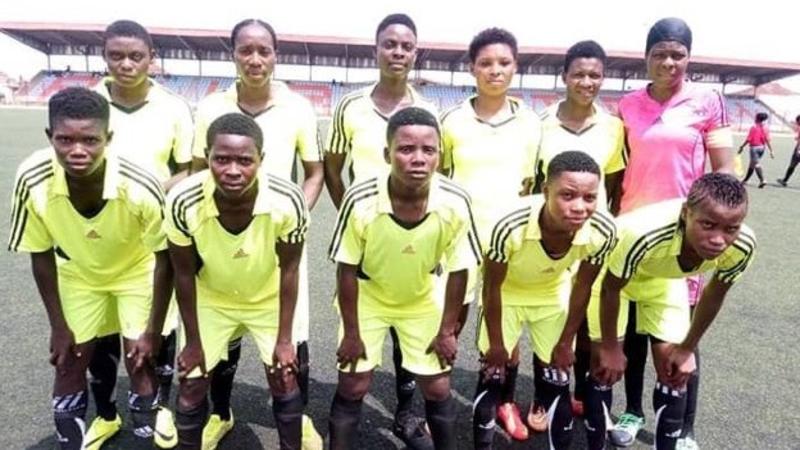 The announcement by Edo State government that it will pay its women’s team Edo Queens the same as its men’s side, Bendel Insurance, has been lauded by the Nigeria Women’s Football League (NFWL).

The NFWL President, Aisha Falode commended the state government for rebranding the women team and becoming the first in the world to listen to the agitation for equal pay between both sexes.

“The male team have not been able to get to the semi-final of the FA Cup for over 12 years, but Edo Queens have been in the semi-final for the past four years. We are putting both teams on the same scale,” said Deputy governor Philip Shaibu.

Recall that Super Falcons captain, Desire Oparanozie had in July asked that the women’s senior national team be paid the same amount of money paid to the men’s national team, the Super Eagles; as the women team expect US$3,000 for a win and $1,500 for a draw at major tournaments, while the men’s team receive $10,000 and $5,000 respectively.

Her call came at a time that a motion was filed by the national women’s team of the United States of America against the U.S. Soccer body with allegations of gender discrimination in terms of payment.

But speaking to the Punch, Falode said, “I am happy and excited that Edo did not only make history, they are very deliberate and intentional about what they did. This is what international sports women have been agitating for – equal pay for equal task.

“Edo State Government has led in this and it is beyond my imagination. They have rebranded the women’s team and did everything for them.

“This is what we have been agitating for in the NWFL. We want fair play in wages and remuneration for women. Edo has led the cause.

“They have rebranded the Edo Queens properly. I just hope that they can sustain the momentum. The ball is now in Edo Queens’ court.

“Edo has just created the best in global sports history. All over the world, I have not heard of other clubs that pays the men and women footballers equal wage.”

“This is what the women agitated for at the last Women’s World Cup. It will be said, when others join, in that a state in Nigeria started equal pay for men and women in sports.”