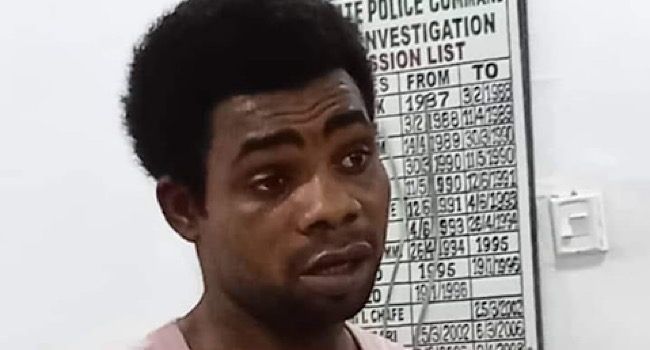 Inyang, the founder of Christ for the World Church, who is currently being detained at the State Police Headquarters, Ikot Akpan Abia, Uyo, the state capital, was arrested on Tuesday after he reportedly assaulted the boy who is said to be living with his grandmother at Ikot Ada Utor in Afaha Clan, a neighbouring village to Ikot Ebak.

The suspect, it was gathered, had earlier been arrested by the Essien Udim Police Division but was released on bail without being charged to court.

According to a member of the community who spoke on the condition of anonymity, there were frantic attempts to cover up the case by elders of the community until the wife of the local government Chairman, Mrs Umoh Gabriel Tony Luke, alongside her husband, Anthony Luke, got wind of the incident and ordered the police to produce the suspect before he was re-arrested.

Confirming the arrest of the suspect to Ripples Nigeria, the state Police Public Relations Officer (PPRO), SP Odiko MacDon, said the state Commissioner of Police, Amiengheme Andrew, ordered the suspect to be transferred to the State Police Headquarters for a thorough investigation with a view to charging him to court.

“The suspect was arrested on Tuesday after he had been earlier arrested and granted bail by the Essien Udim Division. The local government Chairman and his wife brought the case to the State Headquarters and we moved in and arrested him.

“We heard that he had earlier been granted bail when the village elders besieged the police division and demanded that he should be released. We are also investigating the DPO of the Division.

“The Akwa Ibom State Commissioner of Police, CP Amiengheme Andrew, frowns at such an act and has ordered that an intensive investigation be carried out and at the end of the investigation, the suspect would be charged to court.”