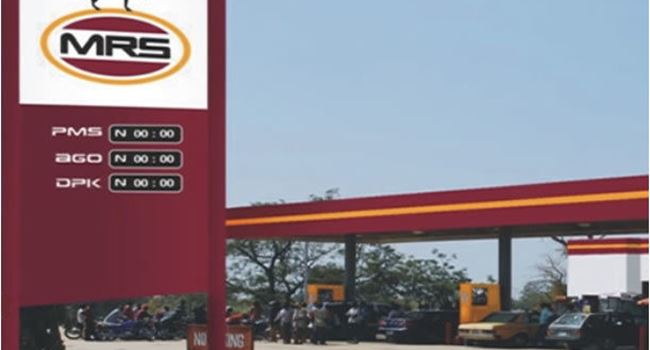 Like its industry rivals, MRS Oil Nigeria is recovering from the COVID-19 pandemic that knocked revenue into the sector down in the First Half of last year.

Following the outbreak of the coronavirus, Brent crude price crashed below $20 in April 2020 – during this period, MRS Oil generated a mere N5.91 billion in Q2.

Its revenue declined amid 30 percent drop in global oil demand, which was caused by movement restrictions and partial closure of global economy, including Nigeria, where MRS Oil is registered as an entity.

Fast-forward to Q2 2021, the reopening of economies across the world and tightening of crude output, which strengthened oil price, boosted MRS Oil revenue by 228.2 percent year-on-year to N19.40 billion, analysis of its H1 financials showed.

The jump in earnings was, however, driven by substantial growth in Premium Motor Spirit (fuel) turnover, as other major revenue puller, slowed between January to June 2021 [H1].

How MRS Oil revenue performed by segment in H1 2021

Breakdown of MRS Oil’s total turnover showed that PMS handed the oil marketer N31.16 billion revenue in First Half of this year, against the N31.16 billion grossed in H1 2020.

However, other revenue sources like Dual Purpose Kerosene, Aviation fuel, Lubricants and Greases and LPG failed to surpass H1 2020 turnover.

No revenue was recorded for DPK in 2021, while Aviation fuel earned N1.570 billion, below the N1.577 billion reported in the First Half of last year.

Revenue from Lubricants and Grease sales dwindled significantly to N1.31 billion in H1 2021, against the N1.95 billion it generated during the same period last year.

Gas sales also followed the same path as it gross N78.07 million at the end of H1 this year, down from the N109.2 million it recorded during the corresponding period in 2020.

Revenue from these various segments took MRS Oil H1 earnings to N36,74 billion in 2021, in contrast to the N23.98 billion it generated last year H1.

MRS Oil struggles to keep cost of goods sold down

While the company was able to grow its revenue by 53.2 percent in H1 2021, the management couldn’t keep the cost of its white products and lubricants down.

Analysis of MRS Oil by Ripples Nigeria showed that products which the company increased its production budget for, PMS and Automotive Gas Oil, where the goods that surpassed their earnings year-on-year.

But products like DPK, Aviation fuel, Lubricants, and LPG, which its cost of sales dropped, failed to surpass their quarterly turnover year-on-year, as aforementioned.

Another day loss for black market speculators as naira gains