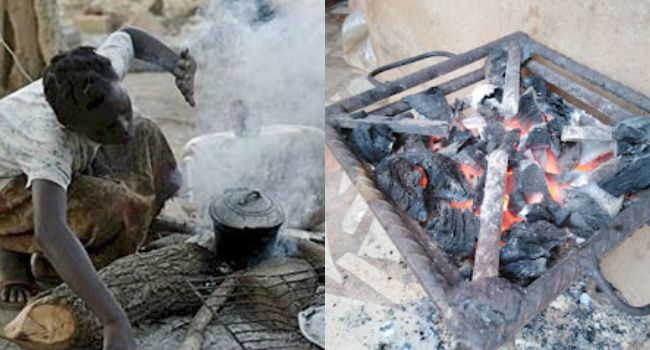 In the build-up to the 27th Conference of Party (COP 27), Nigeria recently launched its energy transition plan (ETP) as one of its major approaches to reducing emissions, tackling poverty, addressing climate change and building a more sustainable economy.

This comes months after the ETP was unveiled at the 26th conference of parties (COP 26) high-level event in Glasgow as part of the country’s net zero commitments.

According to the ETP, natural gas plays a critical role as a transition fuel in Nigeria’s net-zero pathway, despite opposing views on stopping the usage of all fossil fuels. However, the plan indicates that gas consumption will grow by about 25 per cent above the 2019 baseline by 2030 and then begin to decline to about 50 per cent of the 2019 value as 2060 approaches.

During the launch, Nigeria’s Vice-President, Yemi Osinbajo said the ETP will deliver sustainable development goal seven (SDG7) by 2030 and net zero by 2060. He said it would also lift 100 million people out of poverty, reduce Nigeria’s carbon footprint, drive economic growth and create jobs.

However, in reality, Nigerians are currently facing sporadic increments of 122.15 per cent year-on-year in the price of liquefied petroleum gas (LPG), better known as cooking gas. The hike has caused women and girls, particularly those affected by energy crises, to return to fetching firewood, a traditional cooking method, at the expense of their health and depleting forest reserves.

In addition, several business owners have also abandoned their gas cylinders, opting to use firewood and charcoal for cooking as a substitute for liquefied petroleum gas (LPG) as the prices continue to rise.

Akor Happiness, a resident of Oju Local Government Area (LGA), Benue State, earns N15,000 at the end of the month as a medical lab technician in a private firm. Out of fear that she might be unable to feed her three children based on her monthly income, the 47-year-old mother resorted to using charcoal with a local charcoal stove (Abacha stove) to cook when cooking gas prices rose.

“At a point, a kg of gas was going for N600. That time I could afford it even though it was expensive compared to a year ago. However, I finally stopped when the price hit N900 per kg. That is about 5,400 for the 6 kg that I have, which may never be enough for a month. Considering the number of times and kinds of food we cook. This is more than 30% of my salary in a month.

“This is why I resorted to charcoal. It is not that expensive. We can get as little as N50-100 naira per meal. Although the process of setting the fire is also dirty and detrimental to our eyes. At times, the smoke and the heat affect my eyes, making tears come out, but I can’t do otherwise.

“Sometimes I get to work late because it takes a lot of time to set the fire. Sometimes we rather go hungry, especially in the morning before work hours. I stopped using gas because, even with my salaries, my children cannot be in the best school and cutting it will make them stay out of school.”

Another woman, Ogbudu Martha, 37, with two children, a resident of Igavu, Oju Local Government Area (LGA) Benue State, said she stopped using gas for a year and some months.

She says, “The cost of using gas is more than firewood. With firewood, I don’t need to spend too much. Sometimes I can go to the farm myself to fetch firewood; even if I have to buy, N300 can take me for a week.

“I am a petty trader; I sell pepper and vegetables to survive. I do not trace my income, and I cannot say. I only sell to survive and not really to make wealth. My two children are in school, and my parents take care of their school fees. I do not stress about food and how to make food.

According to the National Bureau of Statistics (NBS) survey, 68.3% of all Nigerian households still use solid biomass (firewood and charcoal) for cooking. Traditional cooking methods contribute to fossil fuel generation and are considered harmful to society.

Based on the climate impacts of deforestation and cooking emissions, the World Health Organisation (WHO) estimates that smoke from the kitchen leads to 93,300 deaths annually in Nigeria and is considered a leading cause of death after malaria and HIV/AIDS.

According to WHO report, close to four million people die prematurely from illnesses attributable to household air pollution (HAP) from inefficient cooking practices using polluting stoves paired with solid fuels, such as charcoal and firewood.

In 2016, the WHO reported that 76,505 children under the age of five died due to HAP in Nigeria. The International Centre for Energy, Environment, and Development (ICEED) also said in the same year, more than 218,000 people died in the country from HAP, including women.

At COP 26, President Muhammadu Buhari made an ambitious speech at the opening of the climate change summit in Glasgow. He challenged world leaders to walk their talk by moving from fossil fuels to clean energy.

In Nigeria, about 174 million people lack access to the use of liquefied petroleum gas, popularly called cooking gas. The Federal Government said it would distribute 10,000,000 cylinders of petroleum liquefied gas nationwide to increase access to the commodity.

This resulted from Nigeria joining the Sustainable Energy for All agenda with 44 other African nations to advance sustainable energy and improve access for all Africans. Despite the federal government’s promise to take action to make cooking gas more accessible, sadly, prices have increased over the past year, further putting gas out of reach for Nigerians.

According to the latest NBS report, the price of 12.5kg of liquefied petroleum gas (LPG), better known as cooking gas, has increased by 122.15 per cent year-on-year.

Some experts have described this as a counter-development to the Nigerian government’s promise to phase out fossil fuels. President of the National Association of Liquified Petroleum Gas Marketers (NALPGAM), Nosa Ogieva-Okunbor, expressed worry that gradually more Nigerians were forced to return to coal, sawdust, kerosene, and other dirty fuels, a situation he said has severe environmental implications.

Energy experts have advised the Nigerian government to walk the talk by moving its energy transition plan from just paperwork into visible climate action. They also urge that the government should create a secure environment for international investors to finance the plan.

Damilola Balogun, youth delegate for Africa-Europe Foundation at Sustainable Energy For All (SE4All), said the government needs to ensure that the climate adaptation plan should be at the forefront of every other developmental issue.

“….. I would say, of course, you know that 70 to 75% of issues caused by climate change are as a result of the energy sector, that’s the power sector. So how can we transition towards it? Part of it is adapting to it such that we can use renewable energy. Of course, the most important aspect of it is we know the science, we know the technology is there.

“But of course, a major aspect which is of course, also considered in terms of climate finance, is releasing finance to ensure that this technology and this energy infrastructure are being made available.”

Oghosa Erhahon, a lawyer and energy advisor, said to walk the talk, the Nigerian government needs to partner with local private companies that are already doing a lot of activity towards reducing carbon emissions in Nigeria and promoting climate action.

She said: “So I think there’s a massive disconnect between the amount of work in the local private sector and the government’s plans. So I think formulating these kinds of digestible and feasible milestones that are realistic and also encouraging local partnerships, either between different governments or between the private sector, or even just like funding or financing from the banking institutions, could really help.

“And so generally, like infrastructure, is something else that needs to be considered. It’s like, if you’re wanting to get to a particular goal, what are you doing regarding infrastructure, setting the right pace for the country to actually meet those goals? You know, how are we reducing electricity dumping into the country.

Although experts have agreed that one of the ways to achieve a cleaner source is by switching to clean fuels like LPG or adopting advanced combustion cookstoves that burn biomass more cleanly and efficiently, reducing exposure to such risks. But to achieve this, the Nigeria government must ensure that the price of cooking gas is affordable for all, especially poor people.