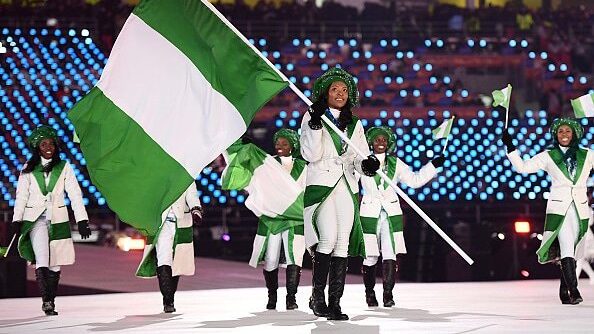 The Tokyo Olympic Games have not been very rosy for Team Nigeria, who are already out of the race for medal in five of the 10 sports they are participating in.

It has only been four days at the rescheduled 2020 Olympics, which began last Friday and billed to end on 8 August.

There are 33 sports and 46 disciplines at the ongoing Olympics, but Team Nigeria are taking part in just 10 of the sports.

Ripples Nigeria earlier reported how the Ministry of Youth and Sports under the leadership of Sunday Dare, narrowed down Nigeria’s participation to sports where the team have competitive advantage in winning medals.

The move became necessary as the Ministry wanted the team to improve on thier performance at the last two Olympics, where they had won only two bronze medals – in football and in Track and Field.

The Games in Tokyo are yet to be over, having gone only four days, and so the Nigerian contingent still has more to hope for.

But as it stands, the team are out of the race in the men and women’s table tennis events, in Badminton singles and doubles events, in Taekwondo, in Gymnastics and in Rowing.

Seeded player, Aruna Quadri, who was the last man standing in table tennis for Nigeria, crashed out on Tuesday after losing in the third-round.

The African number one was eliminated after a suprise 4-2 loss to Brazil’s Gustavo Tsuboi.

“Without doubt, Sports Minister Dare has done a lot to change sports and athletes welfare in his short time. His adopt-an-athlete initiative has impacted so much on many athletes. I feel disappointed I could not get a medal to say thank you,” Quadri said at the Games village.

Olajide Omotayo had also crashed out of the men’s singles event following a huge 4-0 defeat to Tiago Apolonia of Portugal on his debut Olympic outing.

Funke Oshonaike and Offiong Edem, who both represented Nigeria in the women’s singles event had also crashed out, the former losing her opening game while the latter lost her second-round match.

Uche Eke, Nigeria’s sole representative in the artistic gymnastics event of the Tokyo game crashed out on the first day.

Competing in the men’s all round artistic gymnastics event, 24-year-old Eke placed 36th with a score of 74.765 which was not enough for a place in the last eight.

In the Rowing event, Nigeria’s Esther Toko finished fourth place with the time of 9:07.54 in her first race, failing to clinch a first or second position which was needed to take her to the quarterfinals.

She was therefore out of the race for a medal even though she went on to compete in the Semifinal E/F of the Single Sculls, where she clocked a time of 9:07:70 to reach the final E.

Elsewhere, Oluchi Elizabeth Anyanacho, another sole representative of Nigeria in her sport, also crashed out in Taekwondo.

In the men’s Badminton doubles, the pair of Godwin Olofua and Juwon Anuoluwapo 0peyori failed to advance from the group stage after losing to Japan and Denmark n their first two matches.

Olofua and Opeyori succumbed to a 2-0 straight-set defeat of 21-7, 21-10 to Denmark’s Kim Astrup and Aders Skaarup Rasmussen after losing their opening game to hosts Japan also in straight set of 21-2, 21-7.

Both players also fell against the duo of Vladimir Ivanov and Ivan Sozonov from Russia in their final group fixture on Tuesday, losing 2-0 (21-8,21-10).

Adesokan went on to face South Korea’s top seed An Se-young in her next match on Tuesday, and lost 2-0 (21-3, 21-6) again to confirm her exit from the Games.

Meanwhile, Team Nigeria are still hoping for their first podium finish in Tokyo, with the country’s athletes still in the running for medals in Athletics, Weightlifting, Basketball, Canoe Sprint and Swimming events.