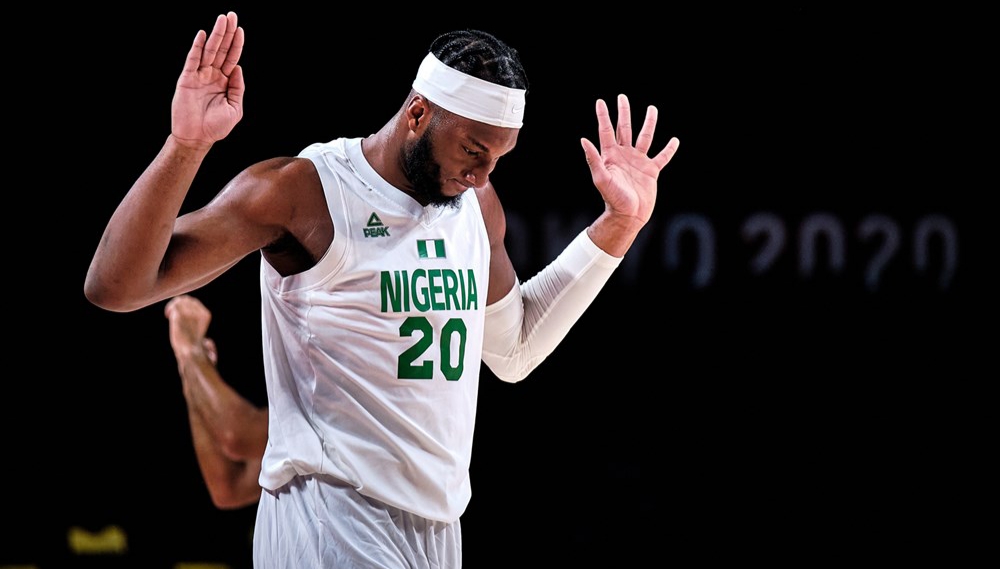 Nigeria men’s basketball team, D’Tigers failed to clinch a win against Germany in their second group game at the ongoing Tokyo Olympic Games.

The Mike Brown team blew an 11-point lead from the third quarter to lose 99-92 against their German counterparts.

It was a second defeat for Nigeria in the men’s basketball event, having been defeated in their opening encounter against Australia last weekend.

Germany had also lost their opener against Italy and the hard-fought win on Wednesday morning puts them on the advantage in the race to advance.

Milwaukee Bucks star, Jordan Nworah was Nigeria’s best player on the court as he finished with a game high 33 points.

He also had a shooting accuracy of 58% from his outside shots, converting 7/12 of his attempted shots.

Miye Oni was the other D’Tigers player to finish on double digits with 15pts.

The Nigerian men walk a tightrope in their goal of progressing into the next round as they will need Australia to beat Italy in the other group game, while they also need to beat the Italians in their final group game.

D’Tigers will take on Italy in their final group B game on Saturday.

Related Topics:D'TigersgermanyitalyTokyo Olympics
Up Next

Tokyo Olympics: Out of 10 sports, Team Nigeria already out of medal race in five