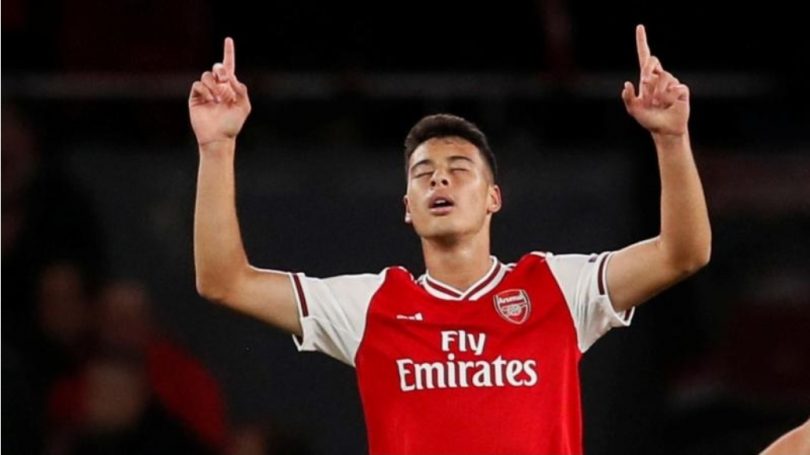 Teenage striker Gabriel Martinelli scored two goals and was involved in another to help the Gunners ease past the Belgian club at the Emirates.

Joe Willock and Dani Ceballos were the other goalscorers.

Arsenal’s next Europa League match is at home to Vitoria Guimaraes, who lost 0-1 to Frankfurt in the group’s other game.

United failed to have a single shot on target in an uninspired showing and have now failed to win in their past 10 away games.

AZ had the better chances, with striker Myron Boadu having a first-half goal correctly ruled out for offside.

Ole Gunnar Solskjaer’s men are level with Partizan Belgrade on four points at the top of the group. The Serbian side won 2-1 in Astana.