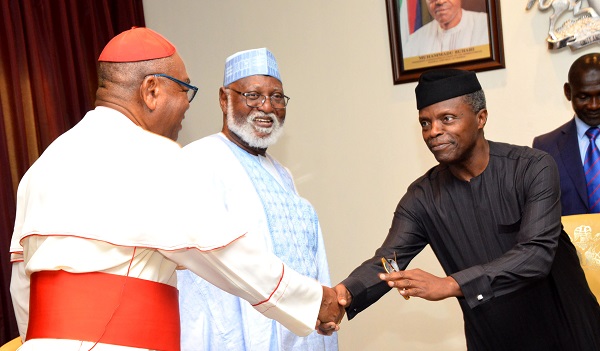 A report has emerged that the Catholic Bishop of Sokoto Diocese, Matthew Kukah, and former military head of state, Gen. Abdulsalami Abubakar, as well as other members of the National Peace Committee have left their meeting with former vice president Atiku Abubakar and have proceeded to a meeting the Vice-President Yemi Osinbajo.

Reports say the members of the committee ended their meeting with the presidential candidate of the Peoples Democratic Party and his running mate, Peter Obi, around 8pm before heading to the Presidential Villa where another meeting began with Osinbajo.

The meeting, it was learnt, is aimed at dousing tensions following rejection of the poll result by Abubakar and the PDP.

The peace committee is reportedly asking both parties to abide by the accord they signed during the build up to the elections.