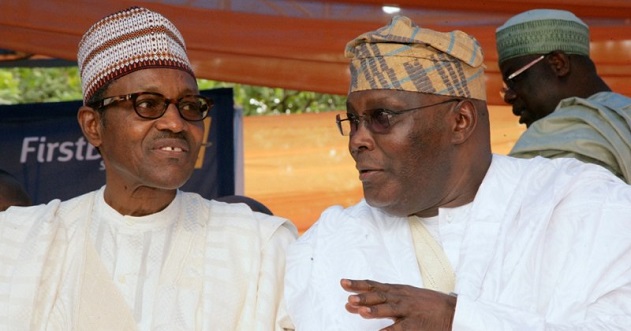 Ahead of the 2019 general election, President Muhammadu Buhari and former vice-president Atiku Abubakar are expected to speak on restructuring at the “Handshake Across the Niger” summit.

Also expected to speak at the summit scheduled to take place on Monday, November 19 at the Shell Hall, MUSON centre, Lagos, are Senate President Bukola Saraki, Yakubu Dogara, speaker of the house of representatives; Wole Soyinka, a Nobel laureate; and Nnia Nwodo, president-general of Ohanaeze Ndigbo.

According to Ngozi Odumuko, coordinator of Nzuko Umunna, organisers of the event, the summit is designed to move the national conversation on political restructuring forward as the country approaches the 2019 elections.

Odumuko said the key purpose of the summit themed “Nigeria beyond oil” is to extract a formal pledge of commitment to restructuring, a priority of the southern and middle belt zones, from the major parties and presidential candidates.

The coordinator said the initiative is an expansion of the January 11, 2018, “Handshake Across the Niger” summit organised to end the suspicion and unhealthy rivalry between the Igbo and Yoruba.

“The key priorities of the event is to bring together the various thought leaders of the component regions to articulate progressive ideas that could foster national integration and development especially as we approach the 2019 elections,” Odumuko said.

“And to avail an opportunity for thought leaders and socio-cultural organisations to constructively interrogate the presidential candidates of selected political parties on their plans, programmes and policies before the elections.”

By backing Atiku, Obasanjo has invoked the curse of God upon himself— Keyamo