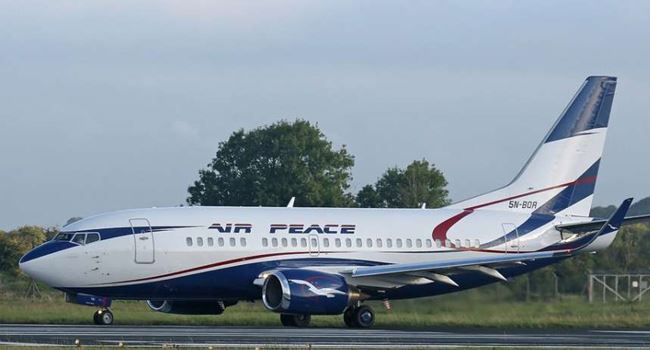 Air Peace has said it lost over N1.2 billion in the last one year due to exorbitant charges imposed on the carrier by some West Coast countries.

Chairman of Air Peace, Mr. Allen Onyema disclosed this even as he called attention of the Federal Government to what he called “unfair competition” going on among foreign airlines with a view to discourage Nigerian airlines planning international operations.

He spoke on Friday in Lagos during the unveiling and inauguration of members of the Board of Directors of the airline.

The Chairman said it took some West Coast countries years to respond to Air Peace’s request to fly into their countries, saying when they eventually acceded to their request, they imposed exorbitant charges.

Onyema said, “Air Peace has lost over N1.2bn in the last one year operating to the West Coast because of exorbitant charges.

How long are we going to continue doing it? They want to run us out. When they run us out, they may have a field day in Nigeria.”

The Chairman said he would soon approach the Federal High Court to stop some airlines from flying into Nigeria.

Disclosing that the airline would soon commence international flights to Sharjah, Dubai, Johannesburg, among others, he said some countries had started threatening to impose unfavourable policies which would ensure the carrier does not last on the international routes.