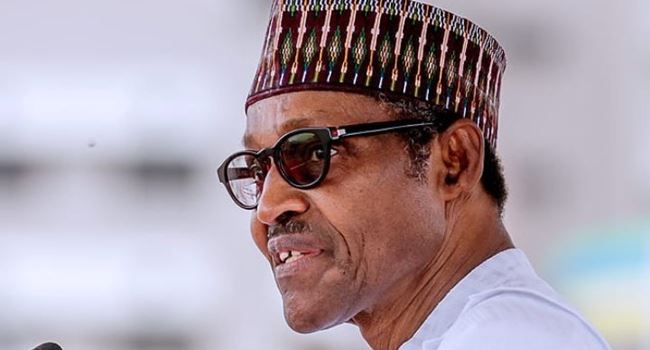 Among these events was President Muhammadu Buhari’s three-day state visit to South Africa, a trip that arguably showed the calm, humble side of him, though a few critics have tagged the journey shameful.

Buhari’s South Africa trip had come on the heels of the xenophobic attacks on foreign nationals in South Africa, of which Nigerians residing in the country were among the worst sufferers.

For the likes of Femi Fani-Kayode, an unrepentant critic of Buhari, it was a total shame for Buhari to accept to visit South Africa, a country that its citizens ignominiously killed and destroyed properties of Nigerians and other foreigners.

As long as Fani-Kayode and many other Nigerians were concerned, the visit should be the other way round.

After all, ordinarily and rightly too, the person who inflicted injury and pains on another should be the one seeking peace and reconciliation.

However, regardless of this thinking, President Buhari showed humility and chose to ignore wrong done to him and his compatriots, by citizens of a country Nigeria sacrificed a lot to free from apartheid rule.

And Buhari stooped to conquer

Arguably, the outcome of Buhari’s trip to South Africa showed leadership, humility and not weakness as some had argued.

And by yielding, they say, one gains more than expected. If anything, the visit elicited a confession from the South African President, Cyril Ramaphosa, that his country owed their freedom from apartheid rule to Nigeria and other African countries.

The statement alone, some analysts have said, was a strong message to some errant citizens of South Africa, who carry out xenophobic attacks against the people that freed them from the throes of apartheid.

Besides this, the trip created opportunities for bilateral, regional agreements of common interests.  If by the diplomatic foray, the South African government seats up and guides against further attacks on Nigerians and other African citizens, one would not be wrong to say that Buhari rightly stooped to conquer.

Accepted Buhari’s trip might have been worthwhile, as some have argued, the President, however, seemed to have got it wrong in the number of persons that accompanied him to the Rainbow City.

A glimpse at the numbers creates the impression that the trip also offered an opportunity for a jamboree. The volume of estacodes can only be imagined, and a wrong way to waste the national resources of a country, whose citizens are ravaged by poverty, hunger and insecurity.

1. The rhetorics on Independence Day

Another event from the stable of the Nigerian seat of power that generated no small reactions was President Buhari’s Independence Day national broadcast.

For the opposition Peoples Democratic Party (PDP), the speech was nothing but an insult to the psyche of Nigerians. The Afenifere called it a disappointment.

Fiercer in his criticism, a former aide to ex-President Goodluck Jonathan, Reno Omokri, took his time to puncture and describe as ‘lies’ almost all the achievements Buhari, in the speech, claimed his administration had made.

However, for the governing All Progressives Congress (APC) and Buhari supporters, the opposition PDP, Omokri and their like were the wailing wailers. For them, the current government remained the best thing to happen to Nigeria.

What Buhari said in the speech or did not say, as well as the position of his critics, failed to address the immediate problem facing ordinary Nigerians namely rising insecurity and banditry, worsening food prices and, yes, the sickening spate of corruption among Nigeria’s ruling class.

2. The ooze of corruption

President Buhari in the week under review was called out following the arrest of his close associate, Nasir Danu, at Heathrow Airport. He was allegedly arrested with false Maltese passport and £200,000 in cash.

The report had claimed that Danu’s passport refused to scan at the airport, a situation that led security operatives to search him and discover he was carrying cash amounting to over £200,000.

Danu was said to have during cross-examination, told investigators that he paid $30,000 to an agent who helped him procure Maltese passport and that he was carrying the cash to deliver to someone in the United Kingdom (UK).

Some have come to Danu’s defence, claiming that he was not laundering the money. His defenders, however, did thenot tell what he was doing with such an amount of money.

As argued by a known government critic, if one of the offences Omoyele Sowore, the convener of ‘RevolutionNow’, is being tried for was his alleged laundering of less than $4000, then, Buhari “must charge his alleged crony, Nasir Danu, for laundering £200k.”

It remains to be seen if the presidency will bring Danu’s case to the fore and not tarry as in the case of Aisha Buhari’s Aide De Camp, Baban-Inna, who was accused of N2.5 billion fraud.

The week also saw Buhari accused of plotting to amend the constitution to enable him to run for a third term in office. The rumours garnered strength after Buhari support groups, allegedly staged street demonstrations asking him to do a third term.

The Presidency had since debunked the rumours, describing Buhari as a democrat who would always respect the constitution.

The presidency itself noted that a past attempt, of such undemocratic move, supposedly by former President Olusegun Obasanjo, was a wrong move, unconstitutional and rightly rebuffed.