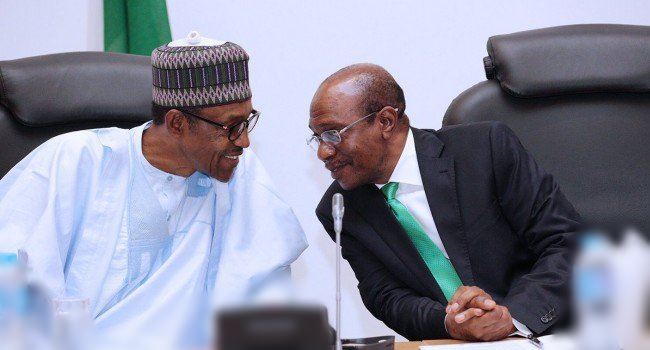 Since the news broke on restriction of Forex for food importation, experts and the general public have reacted with divergent views. A category went left with criticism against the government’s move; another category (majorly agricultural experts) took to the right in support of the development while the last category sat on the fence to maintain that the policy is a good one but for a bad timing.

Without sounding too technical with economic jargons, we will consider implications of this policy by the federal government as carried out by the Central Bank of Nigeria (CBN). We will enumerate consequences of this alleged presidential display of “economic illiteracy”while building on the general public’s understanding of the often confusing Forex frame work.

Like any market where goods are traded for money, Forex – a short form for foreign exchange– is a market where currencies are traded: Naira for Dollar, Pounds for Euros –name it. When a country (Nigeria for instance) bans Forex on a particular commodity, this simply means it stops exchanging currency for anyone who intends to do business (importation) around the red flagged commodity.

Why the need for the exchange in the first place?

Because you are doing business with a foreign country, you will need to convert your local currency (in this case the Naira) to the accepted currency (maybe Dollar, Pounds, Euro or whatever) on the other side. With CBN’s intervention, you stand the opportunity to get a fair exchange rate which is comparatively cheaper to the rate offered by the black market or the bureau de change.

The apex bank, by implication, has pushed off its responsibility to the black market or the bureau de change. This is so because the policy isn’t a ban on food importation. Rather, it is a ban on financing Forex in its respect. Hence, anyone who wants to continue with the importation business of food items has to find means outside the CBN’s assistance.

What happens when this happens?

As a businessman, after taking the risk to have your capital exchanged on a rather high side, it only makes sense to increase your price after successfully making your import purchase. And, that (alone) can lead a nation to experience inflation –hike in prices of commodities.

What did the president say?

As part of explanations given on the reason for placing a ban on Forex for food importation, the president (as reportedly quoted) noted that the decision came on the heels of the observed significant improvement in agricultural production. According to the attributed statement, the decision was taken as Nigeria is seen on the road to attain full food security status.

Buhari reportedly said, “The Central Bank of Nigeria should stop providing foreign exchange for importation of food into the country, with the steady improvement in agricultural production, & attainment of full food security.”

But, how true, how close?

The question on how close Nigeria is to full food security adoration is the bases of the argument of those who criticize the development. It simply doesn’t add up when the nation is still struggling to produce food. Available stats indicate that food produced by local farmers is insufficient and we can only depend on importation for the time being if we must not starve.

Although, progress (in the area of local rice production) has been made; but this doesn’t suffice to call for a national celebration –just yet. We need to ask, what is the net demand for rice compared to what we have at the moment? The UN’s Food and Agriculture Organization (FAO) revealed that we produced about 7.1 million tonnes of rice between 2013 and 2017.

In 2018, we were able to record an increase where we raised the figure to 8.9 million tonnes. Quite impressive! But how do we service demands of a population of about 200 million people? While whatever is produced will cater for a number of people, we can only import to balance demand and supply at the moment.

Amongst the faults pinpointed by critics is the supposed influence of the president on the establishment of the ban. With so much believe that the CBN is an independent institution with credible capacity to ascertain when and when not to take best economic decisions, having the president order the restriction seem rather undemocratic but authoritarian.

It is in this light that people like former Deputy Governor of CBN, Kingsley Moghalu, raised an alarm as to why due caution must be taken in order not to subject the CBN to dictates of plain politicians.

Following the announcement of the move, experts have been divided against another. The division continues as many have maintained their positions while the economic consequence of the policy is put to observation. Aside those who claimed that there will never be a good time to launch such policy –that the government took the right step, below are other reactions as registered across divides;

The country should anticipate hike in consumer price if it happens that local farmers do not produce enough to meet demands. This will come as a ripple effect of the consequences of importers approaching black market for currency exchange. However, in the event that local production is boosted by this policy and more tonnes of rice are produced locally, the nation is on a stride to increase its Gross Domestic Product (GDP).

Either ways, it is only wise for government to provide adequate alternatives for citizens before upholding policies that might lead to instability or spur economic hardship.