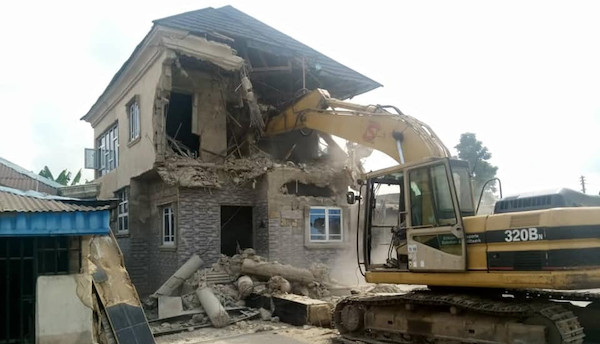 The Security Adviser to the Governor, Southern Senatorial District, Henry Okokon, who spoke to journalists after the operation, said the team also demolished a brothel harbouring criminals in the state capital.

According to him, the operation was aimed at ridding the state of criminals.

He said: “This is part of the activities of Operation Akpakwu, a special force set up by Governor Ben Ayade to fight crime in the state, especially kidnapping.

“This demolition exercise is ongoing. The governor has warned that anyone who is involved in any form of criminality, or any landlord who is found harbouring any criminal should desist from it.

“These houses belong to individuals who have been caught in the act of kidnapping in the state. The brothel was also brought down because the management of the facility was also harbouring criminals and drug addicts.

“This is a warning signal to everybody. Whosoever is involved in a crime of any form should desist from it.”