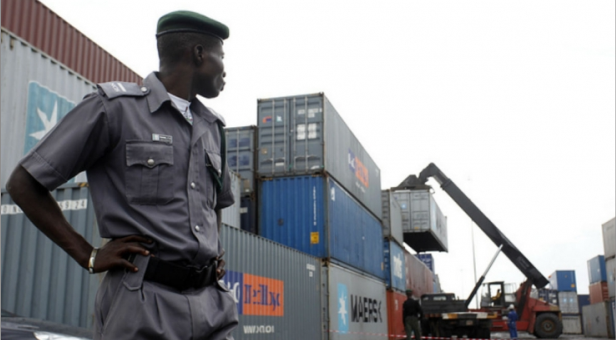 The Nigeria Customs Service (NCS) has said it has intercepted 40 containers loaded with tramadol and other dangerous drugs from India worth N7, 318,978,065.00.

The Comptroller-General of Customs, Col Hameed Ali (retd), disclosed this on Thursday, adding that three suspects, including Customs officers who cleared the containers had been arrested for further investigation.

According to Ali, NCS officers equally intercepted a helicopter and an aircraft from the United States of America over failure to provide end-user certificates and other documents.

He said: “The service is not only making concerted efforts to ensure that only maximum revenue is collected, but also to safeguard the security and wellbeing of the citizenry.

“We are all aware of the dangers that the deliberate non-compliance with import and export procedures pose to our nation as importers bring in all manner of items which put the security and health of the nation at great risk.

“Terrorists, kidnappers and other criminal elements get hold of these goods such as controlled drugs to perpetrate their heinous activities.

“It is in line with the determination to fight this ugly trend that the Apapa Command of the service intercepted forty 40- foot containers, mostly from India, laden with tramadol and other pharmaceutical products with a Duty Paid Value of N7, 318,978,065.00.”

Ali said thelis feat was achieved due to the vigilance and intelligence gathering within the system as well as information from the National Agency for Food and Drugs Administration and Control, a strong ally of the NCS.

Statistics show that the rate of tramadol seizure by regulatory agencies had been on the rise since late 2017.

The Director -General of NAFDAC, Prof Mojisola Adeyeye, in a statement, estimated the product to be worth N193.3bn.

Continuing, Ali said: “I commend Adeyeye and her management team for their collaboration in the attainment of this feat.

“It is indeed worrisome to note that there are Nigerians who are ready to make money at the expense of human lives by bringing in such quantity of drugs that have grave consequences on health and national security.

“In their criminal desperation, importers of these items offered bribes to the tune of N150m to our officers to effect the release of just one container with promises of even bigger sums to follow in the event that their first attempt succeeds.

“The officers played along and eventually arrested three suspects with the money. Let me assure you that the on-going investigation will be thorough to bring all those remotely connected to justice.”

On the seized helicopter, Ali disclosed that the Apapa Command of the service within the same period seized two aircraft.

He said: “One was falsely declared as 388 bags of cashew nuts. This action violates section 36 of the Customs and Excise Management Act, cap C45, LFN 2004. Investigations are on-going to fish out the owners of the helicopter.”