DOGARA IS A CORRUPT COWARD: “He left PDP for the same reason Akpabio did” | Ripples Nigeria

Home » Graffiti » DOGARA IS A CORRUPT COWARD: “He left PDP for the same reason Akpabio did” 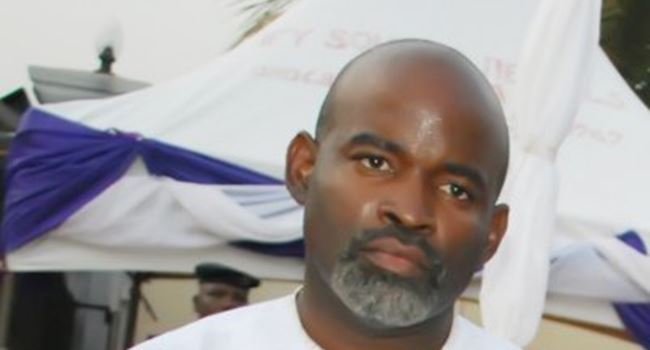 Who does Rt. Hon. Yakubu Dogara thinks he is fooling?

His decision to exit the Peoples Democratic Party [PDP] for the All Progressive Congress [APC] could not have come at a more convenient time. A time when the current Speaker of the House of Representative Rt. Hon. Olufemi Hakeem Gbajabiamila mandated the Federal Minister of Niger Delta Affair to put his mouth where his money is – and produce the names of the supposed federal lawmakers who were recipients of the Niger Delta Development Commission [NDDC] contract bonanza and related fraud.

Just when the Minister, Senator Godswill Akpabio responded that the recipients were not the members of the current House of Representatives but the members of the previous House of Representative under the leadership of Rt. Hon. Yabuku Dogara – Dogara woke up and discovered the corrupt nature of PDP in Bauchi State – and the pristineness of the APC. He suddenly came to realization he no longer wants a part of it.

Who does he expect to believe the tale he just discovered after more than one year the Government of Bauchi State is corrupt? After partaking in the unholy communion? Who is fooling who? And, who is gullible enough to believe the fairy tale?

The Cambridge dictionary defines a hypocrite as “someone who says they have particular moral beliefs but behaves in way that shows these are not sincere”. And, defines a coward as “a person who is not brave and is too eager to avoid danger, difficulty, or pain”.

If only the Nigerian public knew the Economic & Financial Crimes Commission [EFCC] was hot on his trail and had pulled his files, it would be clearer to understand the predicament Dogara finds himself.

The EFCC had begun investigating his activities while at the Green Chamber – and had concluded on its findings. To arrest the former Speaker was the next move. Dogara was faced with arrest and prosecution – in the same manner Senator Godswill Akpabio was faced with arrest prior to his shameful exit. Like Akpabio, Dogara flipped the switch and crossed over for the political cleaners where his sins will be forever forgiven – and amnesty granted, at the APC.

In Akpabio’s case, he was rewarded for his crossover, and for the synthetically manufactured battle he waged against the Governor of Akwa Ibom – the PDP Governor who took over the Governor’s seat after his exit. He was awarded a ministerial position in return.

In the case of Dogara, the play cards are the same. Off the bat, following his crossover, he launched his version of a synthetically manufactured battle against the PDP Governor of Bauchi State – detailing what he termed as corruption with the Bala Mohammed administration. An administration that has won accolades beyond the boundaries of Bauchi Stare as worthy of emulation. One that has revamped the educational infrastructure within the span of 12months by adding over 350 classroom blocks across the wards that makeup the State. Has achieved the erection of world standard molecular laboratory for the testing of Covid19 that presently serves four neighboring States at over 300 samples daily. Road construction networks in proportions never witnessed in the history of the State – including water treatment plants to accommodate the increase in population due to migration of IDPs.

The question then becomes what is really Dogara’s agenda? It cannot be Bala Mohammed or his administration.

Apart from freeing himself from the grips of the EFCC. He maybe positioning for the Vice President position against the 2023 presidential elections or a Ministerial position.

As a coward battling out of the fear of possible prosecution, it is evident he has sold his rights and integrity to the drowning APC. A vomit he excreted. With which face will he face his former colleagues whom he lampooned when he defected from the APC to the PDP?

Read also: This will not pass

“What happened to the N4.6 billion loan taken from a bank and paid directly into a private company’s account?” – was one of the questions Dogara wanted answered. He claimed it led to his decision to exit the party.

Dogara, himself, knows firsthand the truth behind the non-existent loan. But he is earger to play dirty. He wants to play ostrich. Dogara knows the Bauchi Government never secured any N4.6billion loan.

Dogara puzzlingly called simple transaction a loan in an open letter released to the public.

And to know that Dogara was among the recipients of the vehicles is disheartening and exposes his hypocrisy. He collected a Toyota Land Cruiser. Yes, he even wrote a thank you letter to the State government acknowledging the receipt of the vehicle.

Dogara’s defection back to the APC may not be his last defection. It should be understood Dogara left the PDP for his personal gains and not for the benefit of good governance. The fear of EFCC prosecution and/or persecution propelled his exit [cowardice] – but to author a letter depicting the government of Bauchi as corrupt is weak and unnecessary.