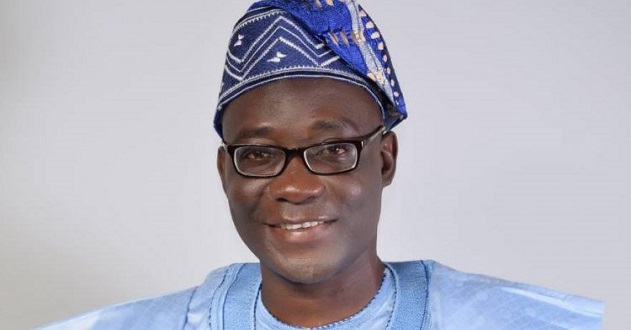 Prof Kolapo Olusola Eleka, candidate of the Peoples Democratic Party (PDP) in the 2018 Ekiti governorship election, has congratulated Governor Kayode Fayemi on his victory at the Supreme Court, but says he was robbed.

The PDP candidate who issued a statement on Friday immediately after he lost his bid to reclaim the seat of the state governor, following the dismissal of his appeal by the Supreme Court said Fayemi and his party, the All Progressives Congress (APC) knew he was robbed.

He said; “My consolation at this time is that the people of Ekiti, as well as Fayemi and the APC knew I was robbed and God being God, the true story shall be told someday by those who orchestrated the theft.

“The least expectations of Ekiti people from Fayemi and APC now is that they should reduce the people’s pains by governing well so the people do not suffer double loss having now lost their mandate freely given.

“I urge Ekiti people to maintain peace and keep hope alive, adding that everyone including himself will cooperate to move Ekiti forward as the state is greater than any individual.

“I am committed to Ekiti, I am going nowhere but will work side-by-side with my people until Ekiti is delivered from clutches of mindless and heartless vampires and election riggers.

“I call to all true lovers of Ekiti that time for a broad coalition to free Ekiti from those mortgaging its interests and destinies to outside forces has come. I am prepared to play my part and together we shall win. Awolowo once said ‘after darkness comes glorious dawn’.

“Though we lost at the Supreme Court, this has not diminished our confidence in the judiciary as the last hope of the ordinary citizens out there.

“Again, I urge the good people of Ekiti to remain committed to the development of the state and trust in God for better days ahead.

“I congratulate Governor Kayode Fayemi over his election as chairman of Nigeria Governors’ Forum and I wish him success.”

In the Supreme Court ruling given by a five-man panel of justices, led by the Acting Chief Justice of Nigeria (CJN) Justice Tanko Mohammed, the court unanimously held that the appeal challenging the outcome of the poll lacked merit.

While reading the ruling, Justice John Okoro, upheld the judgments of both the Ekiti State Election Petition Tribunal and the Abuja Division of the Court of Appeal.