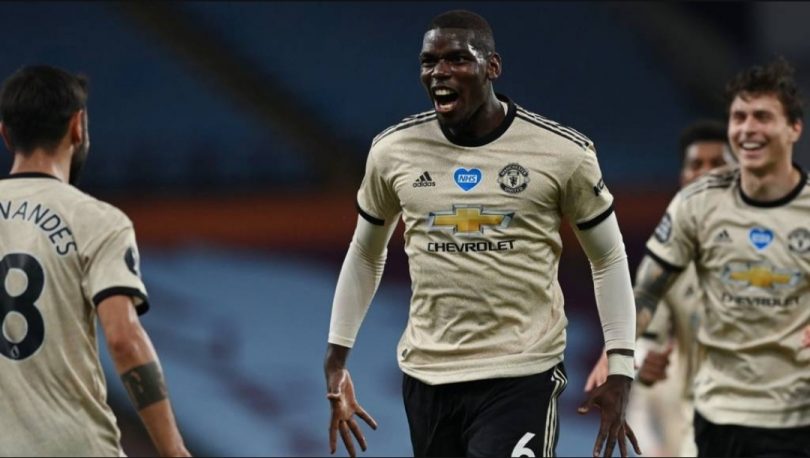 The Premier League clash, played on Thursday night, saw United extend their unbeaten run to 17 games and boosted their chances of finishing in top four.

Bruno Fernandes opened the scoring from the spot on the 27th minute following a controversial call after the Portuguese seemed to have been tripped by Ezri Konsa.

Teenager Mason Greenwood doubled their lead before halftime by firing in his 16th goal of the campaign, before Pogba completed the rout with a 58-minute effort.

Earlier in the day, Super Eagles forward, Alex Iwobi was in action for Everton in their 1-1 draw against Southampton at the Goodison Park.

Iwobi played only in the first half during which both goals were scored, as Danny Ings drew first blood for the visitors before Richarlison scored an equaliser before the break.

Bournemouth thought they had snatched a significant victory in their bid to avoid relegation only for Callum Wilson’s overhead kick to be ruled out by the video assistant referee.

Spurs are now one point behind north London rivals Arsenal, who they face on Sunday.