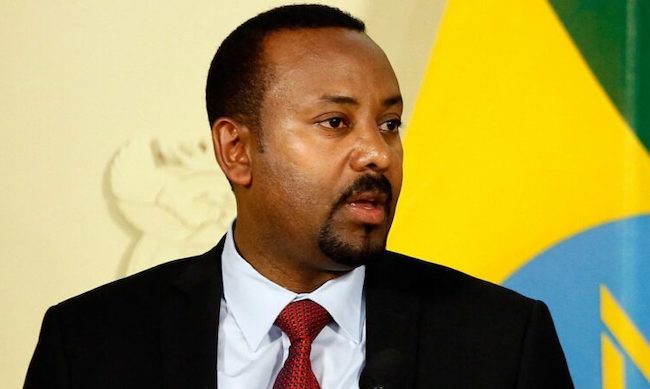 The Ethiopian Prime Minister, Abiy Ahmed, on Tuesday, promised to lead from the front as the country continues its onslaught against the Tigray rebel forces.

Ahmed stated this after thousands of Ethiopians stormed the capital Addis Ababa to back the government in the war against the Tigray People’s Liberation Front.

The prime minister, who addressed the crowd, said he would go to the front line to face rebels who are getting closer to the capital as the civil war rages.

The 2019 Nobel Peace Prize winner stressed that Ethiopia’s very existence was at stake as the year-long conflict with rebels from the Tigray region has led to a humanitarian crisis in the Horn of Africa nation.

He said: “Starting tomorrow, I will mobilise to the front to lead the defence forces.

“Those who want to be among the Ethiopian children, who will be hailed by history, rise up for your country today. Let’s meet at the front.”

The prime minister, who retired from the Ethiopian army as a lieutenant colonel, fought in the 1998-2000 war between Ethiopia and Eritrea.

He won the Nobel Prize after ending nearly two decades of tension between the two countries.