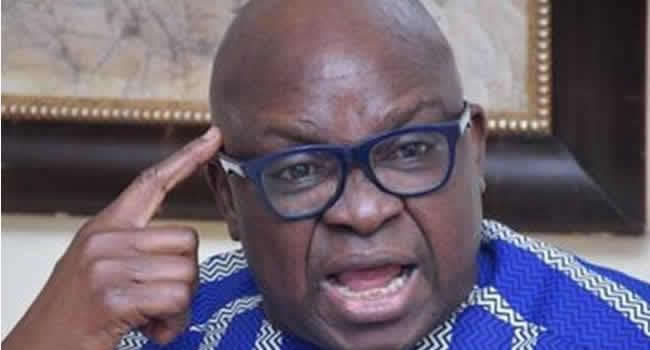 The federal government had suspended the activities of Twitter in Nigeria, soon after the platform deleted the president’s tweet, which it said went against its policy.

Ripples Nigeria had reported that the Attorney General and Minister of Justice, Abubakar Malami has stated that those who go against the policy on the operations of Twitter in Nigeria through the help or use of Virtual Private Network, V.P.N should be arrested and prosecuted.

However, Fayose dared the AGF to arrest him, tweeting, “AGF Malami, I just tweeted. No shaking!

“They should go further to hold him and his govt to account for further loss of lives and human right abuses in Nigeria going by his deleted genocidal message.”

Several international bodies and countries have also registered their opposition to the ban on Twitter operations in Nigeria.>