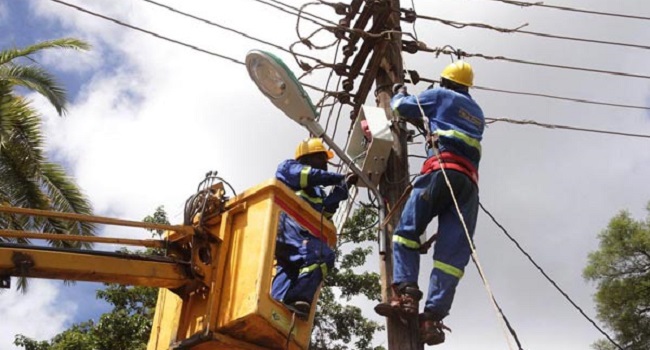 According to Gencos, the distribution companies, with the approval of NERC, have continued to arbitrarily determine the quantity of power to distribute to consumers, without regards to the power the Gencos can generate and supply to the grid for distribution.

The generation companies also accused NERC of encouraging the Discos to limit the quantity of power being generated and supplied to the stranded public.

The Gencos stated this in their reaction to claims by the Discos that the Gencos were only able to generate an average of 3,453 megawatts (MW) to the national grid since 2013 when the power market privatisation was implemented.

The Gencos, under the aegis of the Association of Power Generating Companies (APGC) insisted that NERC had encouraged the Discos to limit the quantity of power to be distributed, adding that the regulatory agency had in connivance with the Discos included in the Transition Electricity Market (TEM) Supplementary Order of 2015, terms that limited the volume of electricity they can put on the grid and be paid for.

APGC, in a statement by its Executive Secretary, Dr. Joy Ogaji, said the reduction in their billable generation capacity was instigated by the Discos and approved by the NERC.

The association also explained that with this development, the Discos would continue to determine the quantity of power to be distributed to consumers and not the quantity the Gencos would make available for sale, adding that NERC had also directed that metered energy be converted into capacity for billing.

“This regulatory directive, on a monthly basis, brings down the actual billable mobilised Gencos capacity, leading to the Discos billed less. It is believed that this reduction of capacity during billing was instigated by the Discos and the regulator approved of it.

The statement reads in part: “The current state of the market, where a generation company is short-changed for the benefit of other market participant negates the tenets of the Multi-Year Tariff Order (MYTO).

“This has accounted for the sub-optimal growth, inefficient operation and the current dire situation of the Gencos, which has huge negative impact on the entire power sector. The current NESI, completely negates the tenets of the MYTO as a model to incentivise prudent operators.

“In summary, the current tariff is calculated for the Discos based on the actual generation, meaning what each Disco actually receive on monthly bases as dictated by themselves in line with their load rejection and allowed by the regulator (this can be verified from NERC).

“This clearly implies that the power on the grid is determined purely by what the Discos decide to take and not what is declared as available to be supplied by the Gencos or documented by the System Operator.

“If this is the case, we do not see how the Discos whose abysmal performance is responsible for the state of the market cries wolf and foul. It is akin to the story of the millipede and the person who stepped on the millipede. The NESI should move past this attention seeking behaviour to a reality and solution seeking mode.”

$8.1BN SUIT: MTN settles out of court with CBN