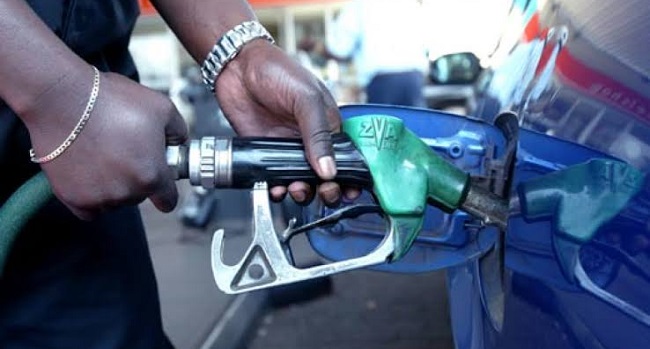 The Petroleum Products Pricing Regulatory Agency (PPPRA) Monday, said it expected the Nigerian National Petroleum Corporation (NNPC) to declare over recovery from the importation of petrol into the country.

The PPPRA stated this through its spokesman, Apollo Kimchi in Abuja on Monday, denying that the Federal Government has been paying subsidy on petrol in the last three years.

Kimchi explained that there had been no provision for subsidy since 2016, saying what the NNPC, which is the importer of last resort for petrol, is bridging the gap of under recovery in its importation of the product.

He however said that with the current low prices of crude oil in the international market, there should be over recovery.

The PPPRA also insisted that claims that the government had been paying subsidy on petrol were false, adding that the PPPRA had been dispensing its obligation in line with the mandates as contained in the Act that established it and was not aware that another agency had taken over its duties.

Kimchi, who stated this in Abuja, added that “The Petroleum Support Fund scheme (subsidy) regime ended in December 2015. There was no provision for subsidy in the national budget of 2016, 2017 and 2018 and as such no subsidy was computed by the agency since 2015.”

According to him, the agency administered the price modulation mechanism for the period of January to May, 2016, adding that presently, the scheme managed by PPPRA since May 2016 was the Appropriate Pricing Framework.

Kimchi said: “Under this scheme, the agency regulates petroleum products supply and distribution through the issuance of quantity notification and LAYCAN to NNPC (Nigerian National Petroleum Corporation) and OMCs (Oil Marketing Companies). It also monitors discharges at various facilities nationwide.

“Due to challenges of Premium Motor Spirit pricing in fourth quarter 2017, OMCs withdrew from the importation of the product. NNPC as the supplier of last resort stepped in to bridge the supply gap and has since then ensured the adequate supply of the product to meet domestic demand.

“According to NNPC, PMS import price differential resulting in under-recovery is being managed by the corporation in line with the Act that establishes it. Most of the cargoes brought by NNPC are under the Direct Sale Direct Purchase contract which is not governed by the PSF regime.

“It was reported that NNPC’s withdrawal from Nigeria Liquefied Natural Gas company’s dividend accounts to support the importation of PMS is in public interest. However, with the recent plunge in the price of crude oil in the international market, the agency has observed a downward trend in the Expected Open Market Price of PMS, below the government approved pump price of N145/litre.”

According the agency, it was expected that over-recovery could be witnessed and if the trend continued, thus would enable other marketers to commence importation of PMS.

The PPPRA said the government should be commended for the payment of N236bn outstanding claims to oil marketers and the provision made for NNPC under-recovery in the 2019 budget, adding that the measures guaranteed the uninterrupted supply and distribution of petroleum products.