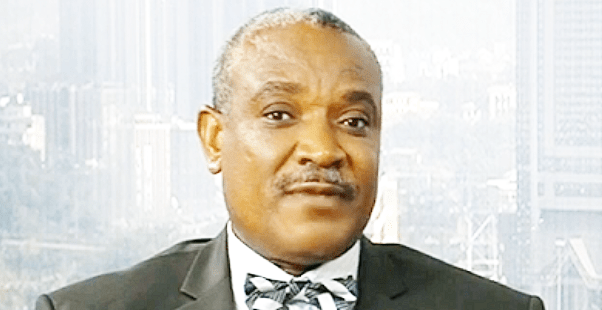 Before he was given the heave-ho, Okoi Obono-Obla, ex-chairman of the Special Presidential Investigation Panel for the recovery of Public Property (SPIP), bagged notoriety as a ”serial power abuser” and a ”carefree violator” of due process.
Obono-Obla’s success is, perhaps, more in the aspect of motoring controversy and bringing attention to the public property recovery panel than in fighting corruption.

In March 2018, before his latest knotty involvements with the Petroleum Equalisation Fund (PEF), a London-based private ‘investigator’, Victor Uwajeh claimed he was hired by the panel to trace the hidden assets of public officers abroad. But in May that year, he was fired.

The investigator, though being a man with a controversial past himself, made a perturbing claim on why he was sacked. He alleged that the Obono-Obla-led panel was targeting certain personalities, and that he was given a charge to only investigate these select ‘’individuals’’.

He reeled out a list of politically-exposed persons that the panel had pencilled down for ruffling.

His words: “After meeting in London on 18th April, 2018 with some officials during the CHOGM, it was evident that I will not bulge in my position not to go against the ethics of my profession by investigating only the opposition. It was the procedure of the panel to courier documents to me from Nigeria for dispatch to various agencies in the United Kingdom and worldwide.

“Soon after, I realised that the panel has a mindset towards certain individuals and groups by the documents it sent to me.’’

Although the claim could have been an unavailing rant of a dismissed employee, but the names the investigator mentioned became sports of SPIP’s circus of shaming soon after.

In a relentless pursuit of notability, Obono-Obla took giant leaps out of the bounds of his brief. The panel he led wrote letters compelling public officers to declare their assets before it, even after they had done so before the Code of Conduct Bureau (CCB).

The question then was ‘’does the SPIP have the power to demand that public officers declare their assets before it? And is declaration of assets not done every four years at CCB?’’ The panel trudged further into illegality by threatening to seal off and sealing off the property of those who refused to comply with its directive.

But Obono-Obla’s fate was sealed when his men raided the residence of Aisha Usman, general manager at PEF, and allegedly concealed $30,000 recovered from the hunt. Ms Usman is said to be the elder sister of the chief of defence intelligence and also with a strong circle of influence.

Clearly, Obono-Obla bit off more than he could chew on this one. The presidency, which had been stoic, could not condone his crusades any longer. Though several petitions against him had been ignored by his employers, including that of the Human Rights Writers Association bordering on allegations of forgery of WAEC result, which he claimed he used in gaining admission to study law at the University of Jos, the comatose allegations regained consciousness.

A WAEC official had testified at the house of representatives that Obono-Obla did not sit for Literature in English, a prerequisite subject to study law but the presidency did not take any action thereafter, despite pressure from federal lawmakers.

However, a climactic end came on Tuesday when the SPIP office in Asokoro was sealed off; police security attached to the panel withdrawn and its honcho given the boot, and asked to surrender himself to the ICPC for investigation over allegations of forgery and financial impropriety.

Is this a case of an anti-corruption ‘crusader’ becoming a victim of the ‘crusade’? I believe, Obono-Obla may have his shortcomings, but he was hitting a home-run with the uncovering of N3 billion in the bank accounts of some officials of PEF. His exit should not signal the end of this case; that will be a death-blow to the war on corruption.

Who will speak for Obono-Obla?