Home » Politics » INSECURITY: Security personnel are up to the task, Buhari assures Nigerians 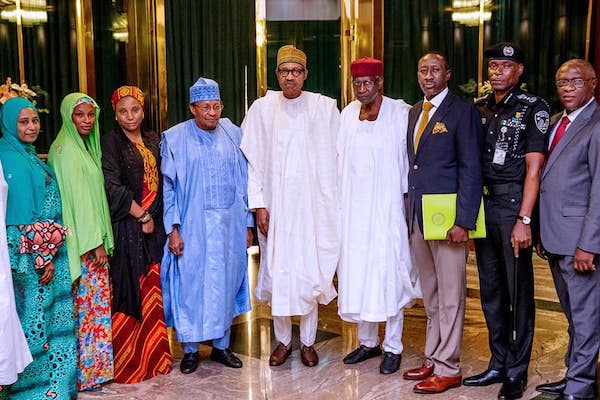 President Muhammadu Buhari on Monday expressed confidence in the Nigerian security and law enforcement agencies, saying they have the capacity to protect the country from different security problems afflicting it.

The president reiterated this while attending to some delegates of Zamfara Advocacy Group who were at the State House in Abuja to make their concerns known to him.

The President said the military and the police have been taking drastic measures to check the activities of some local elements threatening the peace of the communities, including preventing farmers from going to their farms.

In a statement by Garba Shehu, Senior Special Assistant to the President (Media & Publicity), the president said: “I assure you, I get daily reports from people in the field and traditional rulers. I also meet regularly with the leadership of the security agencies, and they have been directed to deploy their personnel to secure the society.”

Describing as “unfortunate” the “failure of local leadership in intelligence- gathering,” the President enjoined community and traditional leaders to monitor closely the activities of people in their domain with a view to assisting law enforcement agencies to secure the communities.

Commending the new governor of Zamfara State, Bello Matawalle, for being proactive in addressing the security challenges, the President urged royal fathers to go back to their cultural roles.

The leader of the group, Usman Balarabe, while congratulating President Buhari on his re-election, said the “situation in Zamfara remains dire,” citing increased attacks, deaths, injuries and displacements.

“We are here because we believe Mr. President and his administration can put in place solid measures to bring about peace and security and also mitigate the endemic poverty that has made this region one of the poorest in the world”, he said.

Among the delegation were the wife of Kaduna State governor, Asia Mohammed Ahmed, and renowned journalist, Kadaria Ahmed.

They called for greater collaboration among stakeholders; securing the borders; and permanently situating a major military presence in the State, among other suggestions.