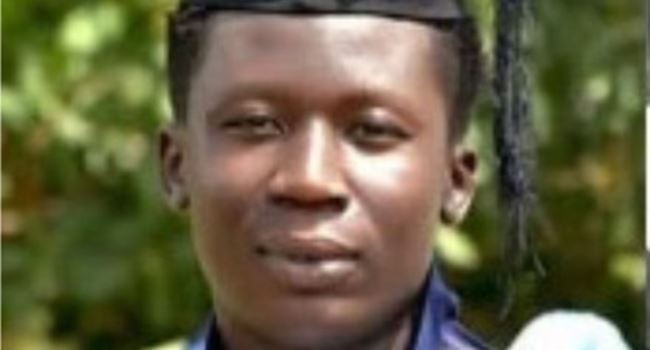 This investigation is on the unresolved killing of three Nigerian journalists while on assignments between 2019-2020. For six months, Nigerian investigative journalist, Patrick Egwu investigated these murders, those behind it and the growing calls for justice by families of victims and press freedom groups. This is the third part of the series.

On July 22, 2019, Precious Owolabi, an intern with Channels TV, was assigned to cover the protests by members of the Islamic Movement of Nigeria [IMN] in Abuja, Nigeria’s capital city. The IMN is a Shia Muslim group whose members had been protesting since 2015 for the release of Ibrahim El-Zakzakey, their spiritual leader who was in military detention.

Like previous protests, the demonstrations turned violent and security forces started firing live bullets and teargas to disperse the protestors. Dozens of the protestors were arrested and hurled into police vans and whisked away.

Owolabi, 23, was caught in the crossfire and shot in the abdomen, according to eyewitnesses. The police denied responsibility and blamed the protestors for the shooting.

“Everyone was trying to see if it was safe and of course, out of curiosity, we were looking at what was happening,” said a journalist who witnessed the clash and wants to remain unnamed for fear of reprisals from authorities. “There was some sort of close faceoff between the protestors and the police. The police were in a formation, trying mostly to prevent them from occupying the road.”

At the scene where Owolabi was shot, eyewitnesses say there was no available medical emergency response and his colleagues who acted as first responders, took a car and drove him to a private hospital in the city.

The hospital said they couldn’t handle gunshot wounds. The responders took Owolabi to another hospital in the city where the surgeon who was meant to respond and carry out a surgery on him, was not available. They tried to reach him several times but his phone was not reachable. While this was happening, Owolabi was bleeding without any medical aid. When they tried his phone again and got through to the doctor, he told them he was not around the hospital.

Ayo, Owolabi’s father, who lives in Zaria, a town in northwestern Nigeria which is some 190 kilometers from where his son was killed, said that was the most devastating news he’s ever received.

“In a country where things work, that doctor should have been in prison now,” Ayo said, referring to the doctor at the second hospital. “If you are on ground and something happens it is understandable but the fact that you are not on ground to respond to a patient should not be tolerated.”

Ayo said the government promised to investigate the circumstances surrounding his death and the response of the hospitals but one year later, nothing has come out of the investigation.

“I have forgiven his killers”

The killers of Owolabi are yet to be identified, arrested and prosecuted. The police authorities have not accepted responsibility but have instead insisted that the protestors were the ones who shot him. But Ayo said he has forgiven the killers of his son and has taken the difficult decision of not taking legal actions against the police or the government after consultations with his family. When a group of human rights lawyers approached him to file charges against the police, he declined.

“Whether I forgive them or not, there is absolutely nothing that can be done to bring my son back,” he said, adding that he hopes that justice is served one day and that the killers are arrested.

Channels TV and Lucky Obewo-Isawode, the supervisor Owolabi worked with, did not respond to interview requests sent to their office on August 30, 2021.

“Media owners often do not offer the needed support to the journalist in taking legal action,” said Arogundade who works with other nonprofits to help journalists who have been attacked. “In the case of those who were killed, it would have to be their families that would step forward and fight for justice.”

He added that some journalists are also scared to come forward and begin the process of seeking justice for crimes committed against them because of fear of reprisals in some cases.

“If we reach out to journalists when they are attacked about taking steps and going to court, they give one reason or the other,” he said. “We still need a lot of education and enlightenment to talk to journalists. Media support and professional groups can step into the gap where journalists are reluctant to take action in court and defend them. We should not leave it alone for the journalists when their rights are infringed upon.”

Read also: INVESTIGATION… LIVES ON THE LINE (II): Alex Ogbu was telling a story but became the story

Lekan Otufodunrin, the executive director of Media Career Development Network [MCDN] who mentors dozens of journalists, said media organizations should take steps to identify who is responsible for attacks on journalists and take up the case.

“If it requires suing the police, then they should be sued. If it requires working with nonprofits and civil societies, then it should be done to demand justice,” he said.

Ayo said the death of Owolabi, whom he described as a “very smart and calm person,” has devastated his family and taken away their shining light.

“He puts his whole heart into whatever he does,” he said. “He was hardworking and even in death, he became a great personality because of those who have come to admire him.”

This reporting project on the unresolved killings of Nigerian journalists is supported by the Justice for Journalists Foundation (JFJ), a London-based non-governmental organization.