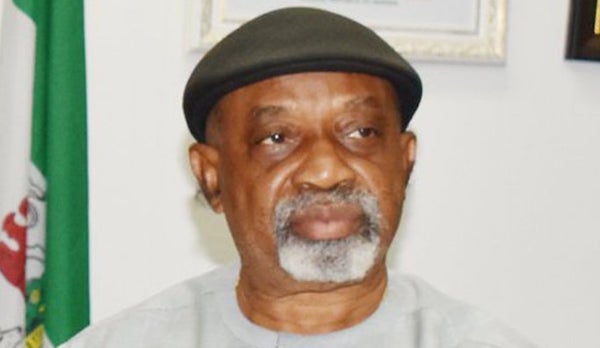 The Nigerian Bureau of Statistics (NBS) has accused Nigeria’s Minister of Labour and Employment, Chris Ngige, of lying in a statement attributed to the World Bank regarding the country’s unemployment rate.

Ngige had stated that the Federal Government and the World Bank will meet for a virtual meeting to discuss the unemployment numbers in Nigeria as the international creditor doubts the format used by NBS.

This was made known in a statement published on the Ministry of Labour Twitter page on Thursday.

Ngige’s comment had been extracted from his discussion with the leadership of the Chartered Institute of Personnel Management (CIPM) in his office on Wednesday.

He said the accuracy of NBS data was in question, as the World Bank said the methodology used by the bureau doesn’t meet global standard.

In the statement, the Minister said, “We have a virtual meeting of the National Economic Advisory Council with the World Bank to look at Nigeria’s modalities for employment statistics data collection.

“There has been a little confusion there as to the accuracy of data generated by the NBS. So, we want to align everything tomorrow. The World Bank says the NBS methodology doesn’t conform with the global standard, especially the ILO format of arriving at such Employment Index.” Ngige said.

In a direct response to tbe Ministry of Trade on Twitter, NBS said the World Bank denied making such a claim about the bureau’s modalities or methodology, and that the World Bank expressed confidence in the agency’s data.

“The World Bank has denied making any such statement and rather together with the economic advisory committee affirmed its confidence, commendation, support and close working relationship with @nigerianstat. The World Bank can be contacted if in doubt.”

Related Topics:#featuredNgigeWorld Bank
Up Next