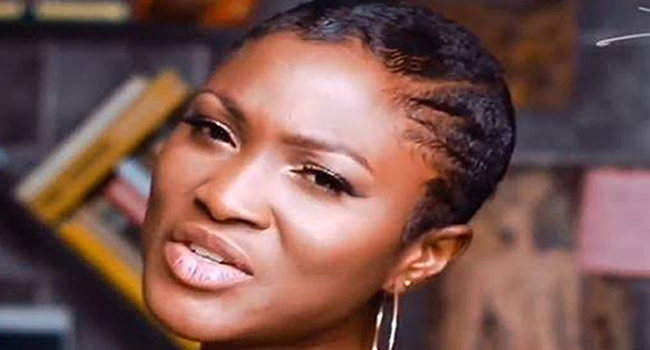 Nigerian rapper, Eva Alordiah, on Tuesday explained how she gave up on her music career.

The rapper said on social media that she lost her passion for music following the onerous moments that she found herself.

The talented singer, now a technopreneur and social media content creator, held nothing back in her lengthy narration.

Alordiah revealed that was financially inept at a certain phase in her life as she fell into depression and almost ended her life.

She wrote:  “Three years ago I was broke, depressed and pissed off with my existence.

“I stood in front of my mirror one day and broke down crying.

“As a matter of fact, I felt like I was living a lie —I no longer knew who I was and I was going through one of the most painful Ego deaths I had ever experienced.”

The musician also revealed that she felt lost in her journey.

“Show yourself dammeeet!” —- I think about it now.

Not a good combination to have.”

Through many days of journaling and communing with myself, I began to learn about IDENTITY and the Ego.

And how I had become Identified with what I did (Rapper). It was tough for me to be anything else but that, and that pissed me off even more. I wanted to be done with it.”

In the concluding part of her thread, the 31-year-old said she made N17 million within nine months on Instagram.