[OPINION] Referendum for Biafra will be a 'yes' | Ripples Nigeria 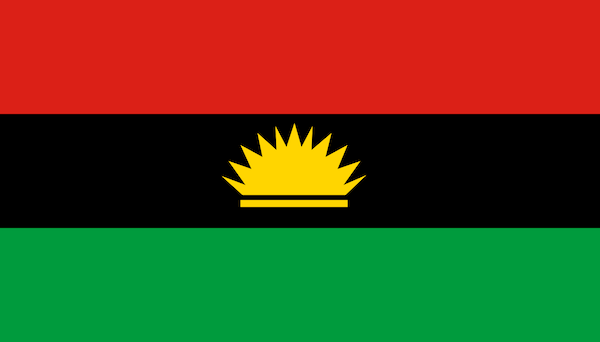 The ongoing agitation in the southeast region of Nigeria is likely to persist if the Federal Government and the proscribed Indigenous People of Biafra (IPOB) do not find a common ground.

Systemic marginalization and total disdain for the people of southeast has left most people from the region without a sense of belonging in a country where unity is said to be not negotiable. Since he assumed office in 2015 as the president of Nigeria, Muhammadu Buhari and his government has shown no iota of respect for the region. The southeast has been sidelined on all fronts, which has resulted in adrenaline running high, especially among members of IPOB. The fact that no Igbo holds any relevant political position under the current All Progressives Congress (APC) government led by Buhari, is a pointer to the disdain both Buhari and his party has for the southeast region.

Again, Buhari ridiculing Ndigbo during an interview with Arise TV recently, by making a blind reference to Igbo as a dot in a circle, using IPOB, suggests intrinsic hatred for a tribe, which has contributed immensely to the development, growth and unity of Nigeria.

Buhari had said,‘”IPOB is just like a dot in a circle. Even if they want to exit, they will have no access to anywhere.

“And the way they are spread all over the country, having businesses and property, I don’t think IPOB knows what they are talking about.

“In any case, we say we’ll talk to them in the language that they understand. We’ll organise the police and the military to pursue them.”

The President’s statement is not only unpresidential, but depicts a man who doesn’t understand what it means to lead a multi-cultural nation like Nigeria. His statement stirs ember of division, and ethic chauvinism, which is definitely not what the country needs now. The statement is also an inkling that Ndigbo are not needed in Nigeria. This, to a large extent, has given IPOB’s struggle a sort of legitimacy.

IPOB for years, has been asking for referendum to decide the fate of Ndigbo in Nigeria. The leader of the separatists group, Nnamdi Kanu in March, reiterated his call for a referendum. He criticised the Federal Government over its refusal to hold a national referendum towards determining the future of the country, adding that it was not the duty of the Federal Government to decide who stays or leaves the country.

“Dear Nigerian Govs, it’s not your business to decide whether the people of your State should remain Nigerians or not. It’s not even the business of the President or the Nigerian Army.

“Instead, it’s the business of the PEOPLE, freely expressed through a process called REFERENDUM”, Kanu had tweeted via his verified Twitter handle on March 27.

However, Kanu’s violent tactics towards realizing Biafra, has cost more harm than good to Ndigbo. Southeast, which before now, was the most peaceful region in the country has in the last three months become a danger zone. Several police formations and units have been razed down with many police officers losing their lives. Also, several offices of the Independent National Electoral Commission (INEC) in the region have been burned.There’s high level of insecurity in the zone, orchestrated by unknown gunmen said to be members of IPOB. This has put people of the region in a precarious situation. Kanu and his IPOB has become untamable, and worrisomely gaining more support and influence. This is a dangerous trend. Although the leaders of the region after a meeting with Federal Government delegation few days back, maintained their stand for one Nigeria, average Igbo has soft spot for Kanu and IPOB.

“Those who dish out hate speeches from our region, threat of violence or secession do not speak for South East. I repeat, we the South East people are not for secession, we don’t support it; we don’t call for it.

“We condemn the killings of security men and innocent people in the South East and the governors are doing everything possible to ensure the safety of our people. We are supporting the security agencies. We finally appeal to our people to continue to engage our youths to eschew violence,” the governor of Ebonyi State and chairman southeast governors’ forum, David Umahi had said in his address at the meeting with Federal Government delegation.

Personally, I believe in one Nigeria, because it gives us the opportunity to explore beyond our region. But my fear is that if there was to be a referendum today as Kanu has been advocating for, the majority will vote ‘Yes’ for Biafra. And this’s my reason: Kanu and IPOB obviously don’t have the supports of Igbo political leaders, Igbo leaders of thought, professionals, and the educated folks. But he has the overwhelming supports of artisans, the uneducated, and the jobless. Unfortunately, his supporters are in the majority. So, it would be a democratic tragedy for both Nigeria and Ndigbo if a referendum is conducted to decide the fate of the southeast region regarding the unity of Nigeria.

According to Cicero, “The wise are instructed by reason, average minds by experience, the stupid by necessity and the brute by instinct.” This is why Kanu has the advantage, because he has the overwhelming supports of the average.

Just like the leaders of thought in the country have been suggesting, I call on the Federal Government to dialogue with Kanu and IPOB. Nigeria needs Ndigbo the same way Ndigbo needs Nigeria. Buhari should show leadership by bringing Kanu, IPOB and Ndigbo to the table to dialogue. That’s the way to go, and that’s how we can build a United country absence of rancor and hatred. The country has passed through rough patches, it’s time to heal the land!

[OPINION] Buhari: One hell of an interview!