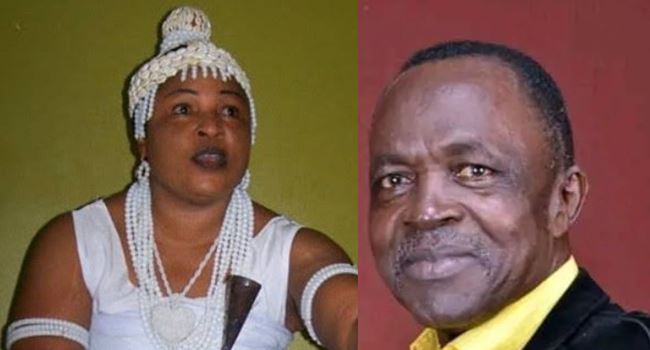 The Technical Director of Kwara Falcons Basketball Club of Ilorin, Steve Onishola, who happens to be the elder brother of late popular Yoruba actress, Mrs. Folake Aremu, popularly known as “Orisabunmi”, is dead.

Onishola’s death which is coming barely 24-hours after the demise of her younger sister Orisabunmi was confirmed on Thursday by the State Chairman of the Basketball association, Dr. Joseph Adeyemo, who revealed that he died in Illorin, the Kwara State capital.

Adeyemo who issued a statement announcing the death of the late basketball coach who was the Manager of Falcons on different occasions before he was appointed the club’s technical director, said that Onishola passed on at the age of 71 following a brief illness.

He said: “We are very sad by this unfortunate incident. In fact, we can’t find the right word to describe this moment.

READ ALSO: 12 things you may not know about late Orisabunmi, ‘The White Witch’ of Yoruba movies

“Coach Onishola was the symbol of basketball in Kwara State; he was one of the most brilliant coaches of the game in Nigeria.

“The entire basketball family extends its deepest condolences to the deceased’s family and loved ones.”

Onishola’s sister, Orisabunmi, who came to the limelight for her starring role in the blockbuster Yoruba movie, “Arelu” in 1987 died after a brief illness at her residence in Ibadan, Oyo State, about two days ago.

Orisabunmi’s death was confirmed by another veteran actor, Jide Kosoko, who described her demise as a terrible blow to the Nigerian theatre arts industry.