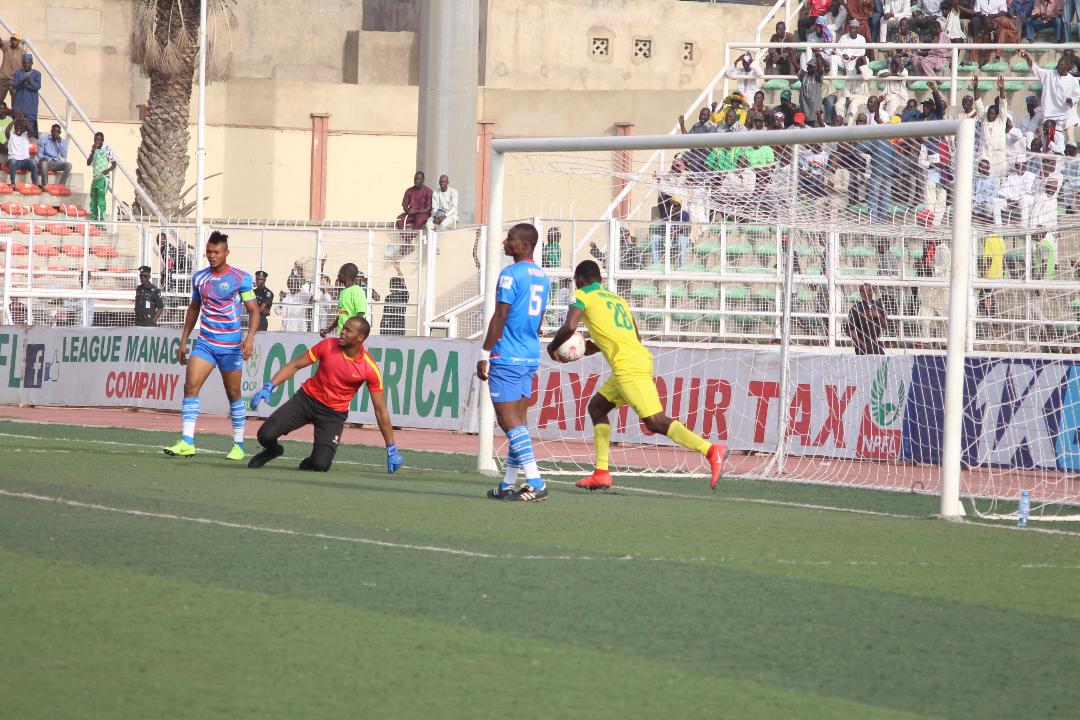 Plateau United were defeated by Heartland in Okigwe, with their unbeaten run in the Nigeria Professional Football League (NPFL) ended in a 1-0 defeat.

The NPFL leaders had maintained an unbeaten run since the start of the 2019/20 season but saw their first loss in seven games on Sunday.

Heartland on the other hand bagged their second victory of the campaign as Chibundu Amah scored the winning goal for Heartland 17 minutes from time.

However, the Jos side maintained the top spot in the league despite the defeat, with 14 points from seven games.

At the Akwa Ibom International Stadium, Uyo, Ndifreke Effiong netted a hat-trick to help Akwa United to a 4-0 thrashing of Adamawa United – their first win of the season.

Paul Obata scored the other goal for the Uyo side.

Related Topics:HeartlandNPFLPlateau United
Up Next

DSS must stop lying, even their team leader apologized to Justice Ojukwu over the court invasion — Falana