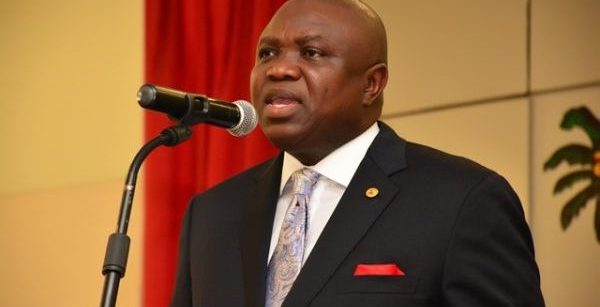 The Socio-Economic Rights and Accountability Project (SERAP) has urged Governor Akinwunmi Ambode “to take steps to immediately reverse the unfair and discriminatory toll charges at the Lekki-Epe Expressway and Lekki-Ikoyi Link Bridge toll gates by the Lekki Concession Company.

The group stated that this needs to be done, if the Lagos State government is not to run the risk of undermining the public interests, democratic values and accountability, and opportunities for participation.”

The organization said, “It’s time for Ambode to ensure and maintain a balance between the needs of the citizens and residents of Lagos State and the Lekki Concession Company. The authorities should respect and protect the right of protesters to demonstrate against the hike in toll charges and to voice their opinion. International human rights treaties ratified by Nigeria and the country´s own constitution obligate the government to safeguard the rights of freedom of expression, association and peaceful assembly.”

The new rates for the toll charges at the Lekki-Epe Expressway and Lekki-Ikoyi Link Bridge toll gates were implemented February 1 by the Lekki Concession Company (LCC), managers of the road.

But SERAP in a statement on Sunday by its executive director Adetokunbo Mumuni said, “This latest increase in toll charges at the Lekki-Epe Expressway and Lekki-Ikoyi link Bridge toll gates is unacceptable, as it conflicts with the goals and commitment of the Lagos State government to provide basic public services to citizens and residents. It seems the agreement between the Lagos State government and the Lekki Concession Company is no longer serving the needs of citizens and residents.”

According to the organization, “In the face of rising poverty and economic inequalities across the country, the Lagos State government should be considering eliminating toll charges rather than allowing the Lekki Concession Company to get away with overcharging citizens and residents and prioritising profits over the public interests. Unless the situation is satisfactorily resolved in the public interests, the government runs the risk of being viewed as beholden to special interests and out of touch with the public good.”

The statement read in part: “The hike shows how profit motive can conflict with public motive. Accountability principles require the government to ensure that the activities of the Lekki Concession Company align with the policies and activities of governance, and that the Company is not allowed to exploit its monopoly position to charge excessive rates.”

“Citizens cannot be mere recipients or purchasers of government services; they must also participate in the act of governance itself. The shift from a participatory role to a consumer role changes the role of individuals vis-a-vis their government from one of citizens to one of consumers. This itself erodes the ideals of a democratic society.”

“States contravene their human rights obligations when they fail to take appropriate measures or to exercise due diligence to prevent, punish, investigate or redress the harm caused by acts by private persons or entities.”