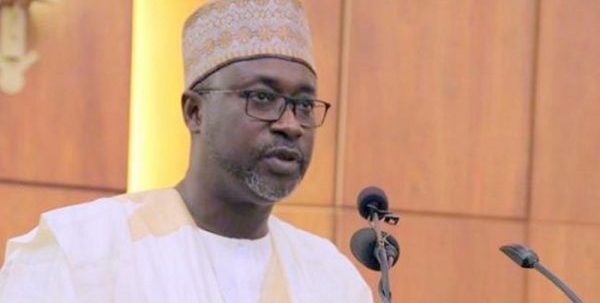 Socio-Economic Rights and Accountability Project (SERAP) has called on the Federal Government to explain why Nigerians have continued to drink water from contaminated sources with deadly health consequences.

According to the organisation, Engineer Suleiman Adamu, Minister of Water Resources and Rural Development “has to explain why Nigeria’s water and sanitation infrastructure has continued to deteriorate and millions of Nigerians have to resort to drinking water from contaminated sources with deadly health consequences, despite the authorities claiming to have spent trillions of naira of budgetary allocations on the sector since the return of democracy in 1999.

“Many toilets in public offices are out of order because of lack of water while millions of Nigerians remain desperate for water in their homes, often resorting to contaminated sources and drilling their own boreholes that can become easily mixed with sewage, with negative environmental impacts, and devastating for people’s health.”

It added, “Should Engr. Adamu fail to provide the information within 14 days, SERAP would take all appropriate legal actions to compel the government to act on this matter.”

READ ALSO: Nigeria is bleeding to death, needs a leader to save it –Prof Nwabueze

In an open letter dated March 2, 2018, and signed by SERAP deputy director Timothy Adewale, the organization expressed “serious concern that millions of Nigerians do not have access to clean and potable water and adequate sanitation. There is no water to show for the huge budgetary allocations and purported spending and investment in the sector since the return of democracy in 1999. Successive governments have failed to improve affordability of water for millions of low-income Nigerians, thereby denying them access to water.”

“Contractors handling water projects are reportedly engaging in schemes like the deliberate use of substandard pipes, among others, to make profit, leading to loss of water. This dearth of water also affects sanitation. The large number of broken down water facilities across the country has hindered effective water supply to the citizens.”

“Millions of Nigerians (mostly children) lie sick, bodies ravaged by cholera, typhoid fever, dysentery among other diseases. An estimated 194,000 Nigerian children under the age of 5 die annually from these preventable diseases. There is almost no state and/or local government in Nigeria without abandoned water projects or one whose construction has gone on forever, creating a veritable opening for fraud and assuring the continued suffering of many.”

“The Federal Ministry of Water Resources is responsible for large water resources development projects and water allocation between states. The right to water is a human right, which places certain responsibilities upon the government including your Ministry to ensure that people can enjoy sufficient, safe, accessible and affordable water, without discrimination.”

“Nigeria has received donations running into several billions of dollars from the African Development Bank, the European Union, UNICEF, USAID, World Bank among others to implement water projects without any feasible improvement on access to water.

“SERAP is seriously concerned that alleged stealing or mismanagement of these large sums may be responsible for the lack of access of millions of Nigerians to clean and portable water, with its attendant consequences. Due to inadequate maintenance of water facilities, Nigerians have contacted various water-borne diseases like typhoid fever, cholera, diarrhoea, hookworm, infection and Hepatitis A; some others have died because of these diseases.

“The disclosure of the information requested will provide SERAP and the public with clarity on how funds allocated to the Ministry have been spent on specific projects, with details of locations of water and sanitation projects across the country; the possible challenges the Ministry might be facing and engender robust conversations on possible solutions to better the conditions of Nigerians and improve access to clean and portable water, especially for those living in extreme poverty.

“SERAP believes that as a matter of public interest, the citizenry is entitled to know how its wealth is being used, managed and administered in a democratic setting, as this affects the commonwealth of the society. SERAP firmly believes that the request falls within the Nigerian citizens’ right to know as guaranteed under the Nigerian Constitution of 1999 (as amended), the African Charter on Human and Peoples’ Rights to which Nigeria is a state party, and the Freedom of Information Act, 2011.”