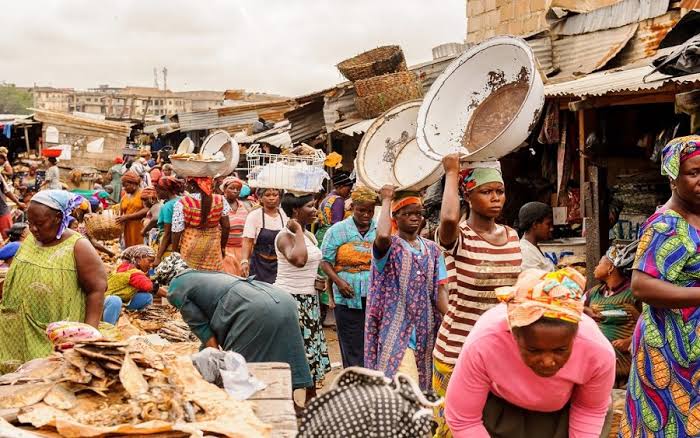 Nigeria’s social media space on Wednesday captured conversations and issues that made the news both locally and internationally.

America’s #InaugurationDay and related phrases like “White House” and “Donald Trump” received minimal engagements from Twitter Nigeria but made it to the top of the trends table globally as the president-elect of the United States, Joe Biden, officially took over from Trump.

The following topics were the most discussed in Nigeria:

It has been exactly three months since the the killing of #EndSARS protesters at the Lekki toll gate in Lagos, and for the umpteenth time, Nigerians called out the government to provide answers to unanswered questions on the unfortunate outcomes of the October 2020 protests against Police brutality.

Online protesters have continued to condemn deliberate cover-ups by the government and attempts to downplay the shooting of unarmed protesters by men of the Nigerian military.

The campaigners, via the #EndSARS hashtag which trended for most part of the day, have pledged to mourn the lives lost to the Lekki shootings until justice is served.

We noted the following tweets:

3 months feels like yesterday ?? but we would never get tired until justice is served for all innocent youths murdered at Lekki Toll Gate✊?

Thank you Dj switch for all you did on the 20/10/2020….. May Almighty Protect you dear?? #LekkiMassaccre #EndSARS#LekkiMassaccre pic.twitter.com/ENV2Fzj4f5

"I am riding through the toll gate for free, then I think, it took a lot of gunshots to make that happen." – Laycon (2021)

RIP to the ones we lost.
October 20 ? ?#EndSARS #LekkiMassaccre

90days.. No justice! No remorse from our govt .
We will never forget #LekkiMassaccre, and the death of our #EndSARS comrades .

To all the souls lost at the #LekkiMassaccre 20-10-20. #EndSARS pic.twitter.com/MTvJbEBKgA

Social media users have called a farce, Federal government’s proclaimed goal to lift 20 million vulnerable Nigerians out of poverty as part of efforts to ease the impact of Covid-19 on the economy.

According to the Vice President, Yemi Osinbajo, who flagged off the exercise on Tuesday in Abuja, low income earners will receive a stipend of N5,000 for six months under the Rapid Response Register (RRR) scheme.

Although the programme is regarded as one of the many strategies adopted by the Buhari administration in line with the ultimate goal of lifting 100 million Nigerians out of poverty, tweeps have considered it an effort in futility.

The administration has also been mocked for ridiculously downsizing the amount of beneficiaries for Its poverty alleviation plans from an initial 100M Nigerians to 20M Nigerians before 2023.

The Federal government's choice of word for some of their programs needs to be checked… How can you say you are lifting 20m Nigerians out of poverty with N5,000 in the present day Nigeria?

The only good thing about the Buhari/Osinbajo presidency is their photographers.

They couldn't share Covid 19 palliatives to the masses but they claim they want to lift 20m Nigerians out of poverty.

1 Congo of rice is #1k and federal government decided to lift 20m Nigerians from poverty with #5k each ? this must be joke pic.twitter.com/kmQ6V7iUjV

Never seen a government this clueless. You want to lift 20m Nigerians out of poverty by giving them 5k. How??? pic.twitter.com/ptRaaLkWvY

When the FG wants to appear stupid to the whole world, they bring the likes of @ProfOsinbajo. He's probably the official face of stupidity for stupidity.

Nigerians have backed the Ondo State governor, Rotimi Akeredolu, in calling out the President’s aide on Media and Publicity, Garba Shehu, for ‘defending’ criminals masquerading as herders occupying forest reserves in the state.

The call-out was in reaction to a statement issued by the presidency through Garba Shehu, after the governor issued a seven-day ultimatum for herders to vacate monumental sites in Ondo State suspected to be hideouts for the criminal elements and kidnappers that are terrorizing the state.

The presidency faulted the governor’s directive, stating that herdsmen could not be told to leave Ondo State.

The governor has however claimed that the statement may not have been issued directly by the president as Nigerians called out Mr. Garba for an ‘insensitive response’ that is based on sentiments.

With the recent killings by herdsmen in Ondo State, it’s only sensible for Ondo State Governor, Akeredolu to ban herdsmen in the state. It’s surprising to see that the Presidency through Garba Shehu is fuming at this decision.

If the Presidency truly mean business, Garba Shehu should travel to Ondo State by road without police or military escort to discuss the herdsmen issue with Governor Akeredolu. ?‍♂️

"You can't order thousands of herders out of Ondo, presidency replies Akeredolu."

Looks like Garba Shehu and Femi Adesina take turns to outdo each other in insensitivity and stupidity.

Garba Shehu is now referred to as the presidency.

…I will advise the Presidency through Garba Shehu to recommend to the Senate the replacement of those two horses on our Coat of Arms with two Cows, preferably pregnant ones too.

How does forex trading actually work?