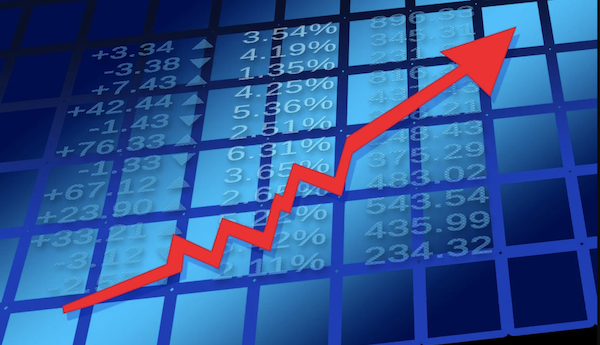 We tend to follow the forex market in terms of how it reflects the strength (or lack thereof) of Naira. And throughout 2020, this has been an interesting, if discouraging relationship to keep track of.

Unfortunately, Naira has had a rough go of it in recent months. BBC News referred to the currency’s journey of late as part of a “double blow” on the Nigerian economy. Specifically, we’ve seen Naira’s value fall in connection to the crashing oil market worldwide, even as the COVID-19 pandemic has forced shutdowns and harmed the broader economy.

With all of this going on, Naira has experienced some downturns against other world currencies on the forex front. Indeed, in the post ‘Naira Falls Across Forex Markets as Dollar Supply Eases’ we noted Naira’s depreciation against the U.S. dollar back in October, and its position as only weakened further since then (with the dollar remaining surprisingly stable given the United States’ own ongoing struggles with the pandemic.

What this has meant is that even as more eyes have been drawn to forex, it has largely been for negative reasons. It’s perfectly natural for Nigerians to want to keep an eye on Naira’s movement in light of the oil crisis, the pandemic, and the general economic difficulties of 2020. But with the currency struggling to retain its strength, the very idea of forex markets can be cast in an unflattering light.

This is understandable, but it also detracts from the idea that “forex” isn’t just a term for the relationships between currencies. It is also (as you’re likely aware) an active trading market in which those relationships can be leveraged for gains, regardless of whether any one currency is performing well or poorly.

So, for those curious — how does forex actually work from a trading perspective?

Well, FXCM describes the forex trade as an environment in which you can trade currency “just like stocks,” which may be the simplest way to put it. Some have the mistaken impression that to trade currency means, literally, to exchange it back and forth, netting small increments when the relationship is favorable. For example, if you were to purchase 1 U.S. dollar with (roughly) 386 Naira, and the relative value of the Naira doubled, you could use your dollar to buy back some 772 Naira — doubling your initial input.

This is technically possible, and in fact it’s more or less what’s often done when people travel. But the more traditional way to engage with the forex trade is, as stated, to treat it like the stock trade. This means buying and selling what are known as currency pairs, as if they are in fact stocks. In the case of the Naira and dollar, this pair is denoted as USD/NGN. Buying it means investing in the dollar’s relative value — such that if the dollar is worth more when you sell the pair back, you earn a profit. However, you can also sell the pair, which is a means of investing in the Naira’s growth instead.

As you’ll quickly see if you decide to trade in the forex market, most pairs look more or less like our example, in that all of the most popularly traded ones involve the U.S. dollar. The USD is the “world’s currency,” and according to NPR has enjoyed this unofficial title for some 75 years by this point. This has resulted in tremendous value and worldwide influence, and has situated the dollar firmly at the center of the forex universe — typically trading against other major currencies. But smaller currency pairs, like the USD/NGN, are available for traders to speculate on as well.

It is ultimately a fairly interesting market to engage with. And if you’re looking for an alternative investment and you’d like a way to capitalize on currency in the midst of Naira’s swoon, you may want to give forex a closer look. Just remember to do your research, make your own decisions, and — if you do trade — trade responsibly.

Related Topics:forex trading
Up Next

Aruna, Omotayo, others for World Table Tennis tournaments in Qatar