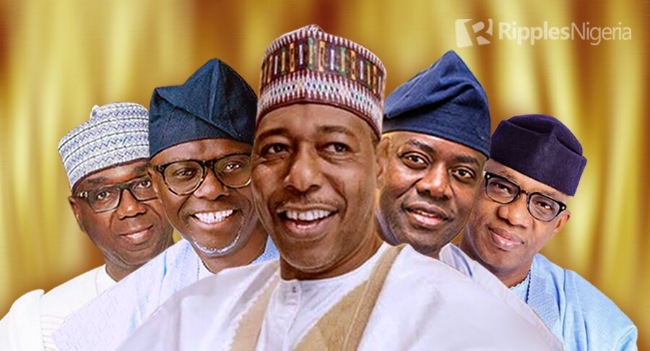 Welcome to our monthly assessment of Nigerian governors, a mandate the Board of Ripples Nigeria thrust upon itself in August, 2019.

With enormous power and resources at their disposal, governors have so much expectations placed on their shoulders. These range from policy formulations to execution of sustainable projects targeted at improving the lives of citizens.

In the preceding month of June, the Board affirmed that it was a poor outing for most of the helmsmen in a report entitled, NIGERIAN GOVERNORS: Fumbling, wobbling dominate June 2020 performance

The July, 2020 report features the traditional scan of the political space and focuses, this time, on the select few on either side of the performance divide, judging by policy initiatives and execution. 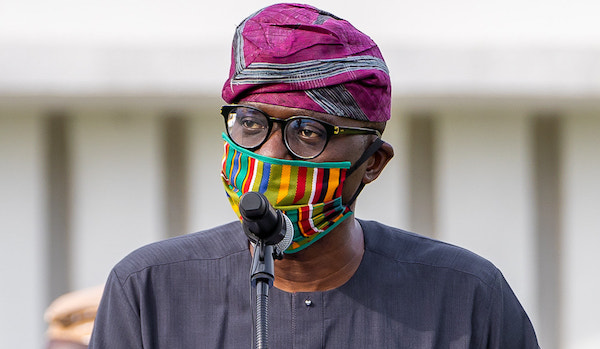 The Lagos State Governor, Babajide Sanwo-Olu makes the Top 5 for the month of July, 2020 on account of his commitment to the vision of building a Smart City, principally through urban renewal and rural development.

We acknowledge his pursuit of this vision, despite the COVID-19 pandemic which has preoccupied governments across the world.

We note the progressive work being done on the Ojota, Mile 12, Agege and Lekki-Epe axis of the city.

Though the urban renewal projects have come with attendant hardship, we are, however, convinced that they are necessary sacrifices to ensure better service delivery.

Governor Seyi Makinde earns a Top 5 mention having shown a steady commitment to education, with several remarkable interventions in that sector. These include schools upgrade, and access to free education.

In dealing with the COVID-19 challenge, we admit the clarity of purpose in his efforts to ensure that schools are not just re-opened but that these were done with a clear cut direction, as exemplified in the full year school timetable released for the state.

The responsiveness of the Makinde administration to the challenges faced by some female citizens of the state who were reportedly trafficked to Lebanon caught our attention in July. We note that the timely rescue is exemplary and capable of restoring the confidence of citizens in government.

The Kwara State Governor, Abdulrazaq Abdulrahman, makes the top 5 for initiating an intervention programme to lift some of the burdens confronting stakeholders in the educational sector, especially proprietors and teachers in private schools

We acknowledge that his plan to extend grants and interest free loans to private schools is capable of preventing job losses and reviving a sector badly hit by COVID-19. We encourage the governor to fully discharge this plan as the Board shall track and review his performance in that regard. 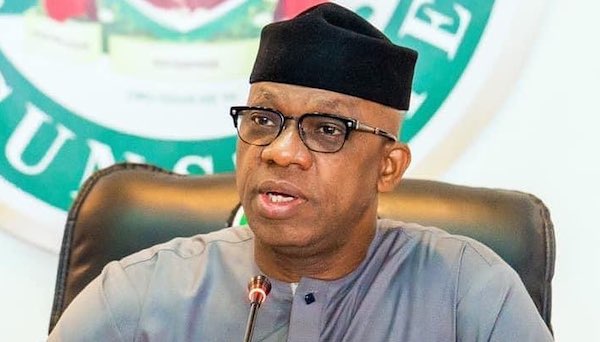 Governor Dapo Abiodun of Ogun State scores highly for his commitment to lifting the quality of life in the border towns through road infrastructures which had suffered neglect over the years.

We note the current remedial works in communities bordering Lagos, especially in the Sango, Agbado, Akute, Denro-Ishasi- Ojodu Abidoun axis. It is our belief that the attention given to roads in these and other communities will impact the economy positively as gains are made in man-hour originally lost to traffic, and low productivity.

Governor Babagana Zulum makes a return to top 5 on account of his continuous sacrifice, sometimes at personal risk, to see to the restoration of peace in the insurgency-ravaged state.

We note his courage in undertaking obvious life-threatening trips across the state as he identifies with troubled communities, commissioning projects and leading from the front in efforts to impact the lives of citizens stranded in Internally Displaced Persons camps. We also acknowledge Zulum’s daring attempts at speaking truth to power, and aiming to decisively deal with alleged sabotage and failings of the military in the prosecution of the war against terrorism in the Northeast.

Governor Nasir el-Rufai gets a mention in the Bottom 5 due largely to the unabated security challenges in the state.

We are disturbed by the continued killings and destruction of property in the Southern part of the state, allegedly by bandits and militias who have proven either too tough or slippery for the government and security agencies to contain.

While we acknowledge that el-Rufai is largely a Chief Security Officer without powers of coercion, the governor gets our knock for his repeated commentaries that tend to further stoke the crisis and diminish hope, confidence and faith in his administration to effectively deal with the challenge of Southern Kaduna. 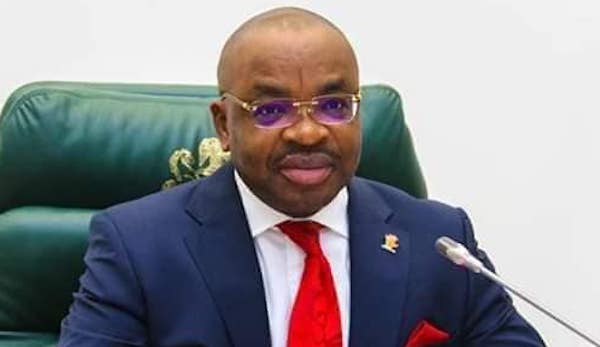 Governor Udom Emmanuel gets a Bottom 5 mention over the decision of the Akwa Ibom State Government to breach the accountability process by locking out media men out of state functions on the pretext that some of them had contracted the COVID-19 disease.

While we note the frosty atmosphere existing in the state between the government and media practitioners over claims of lack of transparency in the reportage of COVID-19, it is regrettable that the governor will allow his action to be tainted by unwholesome intentions that query his patriotism and commitment to transparency.

Katsina is, no doubt, a State in turmoil. Reports of killings and abductions have become very rampant, leading the populace to embark on protests over the lack of appropriate action by government and security agencies.

The near free reign of bandits and Governor Aminu Masari’s lack of grip of the challenge earns him several minuses.

We are amazed that despite the presence of various arms of the nation’s security forces in the state, the governor has been unable to manage the situation.

We hold that the prevailing banditry in the state is a reflection of years of mis-governance and the failure of government to consciously connect with its citizens, especially the youth population.

Governor Bello Matawalle gets a mention in the Bottom 5 for his prodigal spending of N100 million on a private university in the state, an action we consider not well thought out.

A private university, in our reckoning, is a private business, an investment that should be borne by its promoters. Though the state had argued that it was done to promote education in the state, we reckon that such a gesture could have lifted the sector better if it had been channelled to the many public institutions requiring urgent intervention in upgrade of facilities and faculties.

We are appalled that Governor Matawalle might not have considered that his action could open the floodgates to several other requests from private and religious institutions who maybe tempted to see him as a profligate father Christmas. 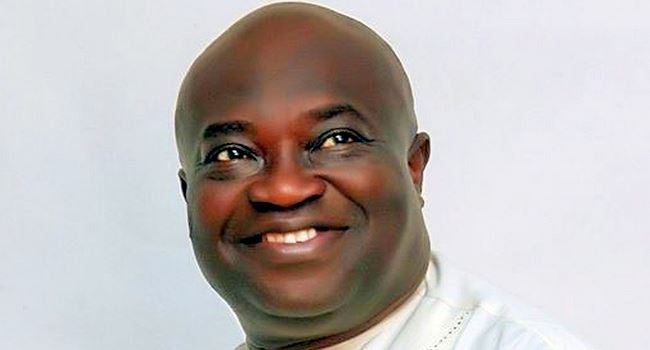 Governor Okezie Ikpeazu of Abia State gets a mention in the Bottom 5 ranking for July 2020 for his unilateral sacking and suspension of three local government council chiefs in the state.

We condemn the sacking of the Chairman of Umenneochi Council, Mathew One, and the indefinite suspension of Aba South and Aba North chairmen, Cherechi Nwogu and Victor Ubani, as tantamount to trampling on the principles of the rule of law, due process and fair hearing in a constitutional democracy.

We are concerned that with such actions, as taken by Governor Ikpeazu, our democracy faces stunted growth, especially as state govenors see local government administrations as mere apendages of their offices.