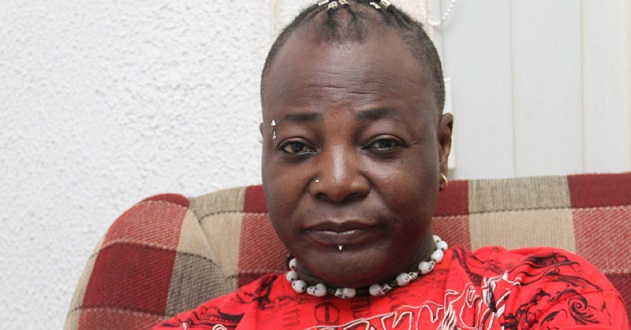 The veteran musician and activist who took to his official Twitter page on Monday to spill his guts in a series of tweets expressed reservations over Nigerian youths who are consumed by the ongoing BBNaija show.

The eccentric entertainer in the series of tweets posted on his time-line noted that he does not understand Nigerian youths as activities about housemates garner thousands of reactions on social media while more important issues that concern the country barely generate enough engagement.

This came a day after Tochi and Eric were evicted from the ongoing Big Brother Naija 2020 reality TV show, thus becoming the second pair of housemates to be sent packing from the contest after Ka3na and Lilo.

Tochi, Eric, Kaisha and Trickytee were all up for eviction in the third week of the show after being put up for possible eviction alongside 14 other housemates but the first two mentioned (Tochi & Eric) were evicted for getting the lowest votes. 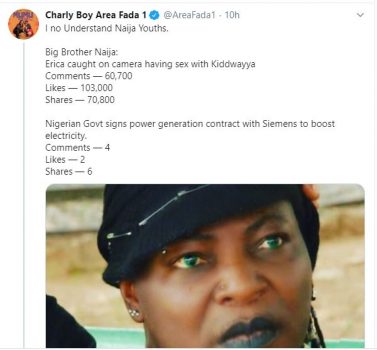