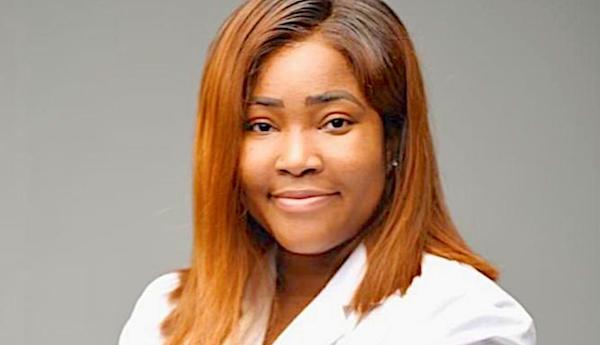 The trial of controversial Lagos cosmetic surgeon, Dr. Anuolueapo Adepoju at the Federal High Court, Lagos, was stalled on Thursday.

This was due to the absence of the trial judge, Justice Mohammed Liman.

Dr. Adepoju is accused of causing the death of one Nneka Onwuzuligbo and blocking investigations into the circumstances that led to her death by the Federal Competition and Consumer Protection Commission (FCCPC).

The court’s registrar announced on Thursday when the case was supposed to have continued that it had been adjourned till a date to be fixed.

It would be recalled that Adepoju was first arraigned last Friday on five counts in which she was accused of blocking a probe into the circumstances leading to her client’s death.

The FCCPC also accused her of shunning summons by the agency to appear and produce certain documents.

She was charged alongside her Med Contour Services Limited.

In a six-paragraph affidavit of completion of investigation attached to the charge sheet, the FCCPC said it received complaints against Adepoju from one Marlene Oluwakemi, Taiwo Temilade and Vivian Onwuzuligbo that the surgeon’s services “are unsafe for consumers,” and that she made “false, misleading and deceptive representation in relation to the marketing of their services.”

“In particular, the above-mentioned Vivian Onwuzuligbo, a member of the Mrs Nnneka Miriam Barbara Onwuzuligbo (now deceased) alleged that the deceased died as a result of the failed defendants’ cosmetic surgery and she is privy to the events that led to the demise of the deceased”, the FCCPC said.

Babatunde Irukera, prosecuting counsel for the FCCPC, said the incidents happened between April 15 and May 4, 2020, at No. 11a Ladi Alakija Street, Lekki Phase 1, Lagos.

She however pleaded not guilty to the charges.

In a similar development, the Lagos University Teaching Hospital (LUTH), Idi-Araba, has petitioned the Medical and Dental Practitioners’ Investigation Panel to investigate Dr Adepoju over circumstances that led to the death of her patient.

The management of LUTH accused Dr Anu of professional misconduct following the death of Miss Onwuzuligbo, who developed complications after cosmetic surgery at her facility before dying at LUTH, after which she tried to extricate herself by blaming LUTH for her death.

In a petition dated June 11, 2020, and signed by LUTH’s Director of Legal Services, O. O. Olajide, the hospital said Dr Anu Adepoju had continued to perform surgeries despite the fact that her facility was sealed off by the Lagos State Health Facility Monitoring and Accreditation Agency.

LUTH further disclosed that Nneka was brought to its hospital with severe respiratory distress and septicaemia with infected surgical wounds.

LUTH, in the affidavit attached to the petition, alleged that Dr Anu Adepoju referred the late Nneka from her facility to LUTH on January 3, 2019, on the pretext that she was being referred from the General Hospital, Odan.

The affidavit read in part: “The patient was well until she developed a sudden onset of breathlessness within 24 hours after the said surgical procedure. The breathlessness was progressive and necessitated her being taken immediately to the General Hospital, Odan, from the theatre.

“There was no reference in the referral note from the General Hospital, Odan, about the details of the type of tumescent fluid that was administered, neither was the volume and the type of anaesthetic used provided. The breathlessness was said to be progressive. During the said two days, the patient received oxygen and intravenous fluids at Med Contour Hospital.

“The patient was referred to (LUTH) without an informative referral letter. The accompanying note from the General Hospital, Odan, stated that the patient developed orthopnoea 16 hours after the surgical procedure.

“The informative referral letter from Dr Adepoju, who performed the surgery, was provided on the fourth day of presentation at LUTH upon my insistence and persistent request. The said referral letter dated, January 7, 2019, is attached herewith and marked as ‘Exhibit A’.

“She was noted to have significant deterioration of the vital signs before referral to LUTH for intensive care management on account of progressively worsening symptoms.

“Details of the surgical intervention subsequently received from Dr Adepoju (Exhibit A) showed that she had liposuction of the anterior abdomen, back, flanks and arms with fat transfer to the buttocks and hips. The surgery was done under spinal anaesthesia. The tumescent technique was used where three litres of fluid were infused into the patient and five litres of fluid were aspirated. She had two pints of blood transfused before presentation on account of anaemia.

“The account given about the patient further had it that there was no previous history of similar presentation in past surgery of myomectomy done three years before the liposuction and fat grafting. It was revealed that on the second day after the surgery, she was noticed to have persistent foul-smelling discharge from all the surgical sites.”

LUTH further stated in the petition that upon admission into the hospital, the first surgical debridement performed on the deceased on January 10, 2019, revealed extensive sloughing, with foul-smelling discharge from Nneka’s debrided hips and purulent discharges from puncture wounds on the anterior abdominal wall.

It added that the victim developed multiple organ failure of cardiac, respiratory (Adult Respiratory Distress Syndrome) and renal failures and had a cardiac arrest on the 31st day of admission, adding that after cardio-pulmonary resuscitation was unsuccessful, the victim was certified dead around 9am on February 3, 2019, after which Dr. Adepoju blamed LUTH.

The affidavit further read further: “Dr Adepoju has in a series of misleading and incorrect public statements in the social media absolved herself from liability in the management of this patient and put the blame on LUTH and its personnel, who availed the patient of their facilities and expertise. She directly impugned the competence of the hospital and her senior professional colleagues and teachers.

“Dr Adepoju further claimed in the video that the patient ‘walked to LUTH by herself’. This is false as the patient was brought to LUTH in an ambulance accompanied by her sister, Quincy Onwuzuligbo, in a state of severe respiratory distress.

“She (Adepoju) accused the medical team at the Lagos University Teaching Hospital of being responsible for the death of Miss Nneka Onwuzuligbo. She claimed this was due to wrongful positioning of the patient, stopping all antibiotics resulting in mortality. She stated in her video that liposuction and fat grafting is a new area of surgery and doctors at the Lagos University Teaching Hospital are ignorant of post-operative management of the condition.

LUTH also alleged that Dr Anu Adepoju obtained full registration as a medical practitioner on April 4, 2019, but she was already performing surgery on patients before that. The hospital said Dr Adepoju performed the surgery on the later Nneka Onwuzuligbo in December 2018, four months before she was fully registered as a medical practitioner, adding that Dr Anu claimed to be a cosmetic surgeon without undergoing a residency training programme or being registered by the Medical and Dental Council of Nigeria.

In a related development, a popular socialite, Omotola Taiwo Temilade, aka Omohtee, who also underwent cosmetic surgery with Dr. Adepoju, has accused her messing up her procedure, making her to become suicidal in its aftermath.

Omohtee, who spoke to BBC Pidgin, narrated how she wanted to make her tummy flat and “top up” her butt and decided to go to MedContour for Brazilian Butt Lift (BBL) and Liposuction.

According to her, she paid 1.2 million Naira for the procedure, but stated that after the procedure, her body was a mess, adding that she couldn’t stand while her waist became numb.

“Fat necrosis is when liquid fat that has turned into dirt starts coming out. The thing will just come out like boil, e go come burst, start to dey comot the fat.

“Up till now, my waist is still numb. As I stand up like this, my body is not complete. One is bigger than the other.

“The wound wey she inflict on me still dey heal. I still dey go hospital Evey two two days interval. And to dress the wound, sometimes 7,000, sometimes 10, 000 it depends because sometimes I fit open the wound make another fat necrosis don dey beside the wound. Them go need do operation to bring that one out. Sometimes, maybe the wound don catch infection, them go need do swab. I go buy drug, I go buy this one.

“Money wey I don spend has run into millions, more than money wey I even use do the surgery from am.

“The wound, e dey my belle, e dey my butt, e dey plenty places for my body”, she said in pidgin English.

According to her, she couldn’t bathe alone after surgery and her brothers had to help carry her.

Omohtee also admitted that she became suicidal and constantly thought of taking her life, so her brothers hid the knives and every other dangerous object in the house.

However, in her reaction while speaking with BBC Pidgin, Dr Anu put the blame on Omohtee for not following post-surgery instructions.

Dr Anu said: “She come hospital come see us for follow up when she get issues. And usually, when you advice patients on wetin to do after surgery and them no follow am because dem feel say dey sabi how to take care of themselves e dey give issues and at the end of the day, them go say na doctor cause am”, she said in pidgin.

Doctor Anu also insisted that she is qualified to perform cosmetic surgery, adding that she has never claimed to be a plastic surgeon.