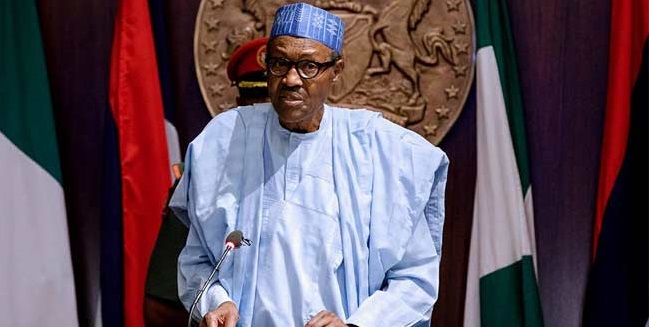 The Buhari Media Organization (BMO) has described President Muhammadu Buhari as the “father of Nigeria’s modern democracy” for his declaration of June 12 as Nigeria’s Democracy Day, and righting the wrongs of 25 years of a faulty democratic foundation.

The group, in a statement by Chairman Austin Braimoh and Secretary Cassidy Madueke, described the president as the true hero of democracy, noting that he has set high standards of political maturity and established that the will of the people must be respected in Nigeria.

“President Buhari has established that under him, votes would count, even where they were illegally discountenanced, they would count, and honour would be ascribed to those who deserve it.

“The President’s move has proven his critics and their baseless opinions about him wrong. President Buhari has not just claimed to espouse and embrace democratic ideals, he has gone ahead to set worthy and enviable standards for democracy in Nigeria.” the statement read.

The group noted that the President, unlike his predecessors, has not interfered with any state or local government elections with the apparatus of state, but rather he has allowed for free and fair elections dictated by the will of the people to take place under him.

The statement went further to highlight that the President’s insistence on the holding of Party Congresses in the APC in the bid to ensure true intra-party democracy is further proof of his demonstration of democratic ideals worthy of recognition.

“No President in Nigeria has shown a truer embrace and practice of democracy as President Buhari has. His respect for the principles that every vote must count, that the will of the people must not be thwarted and that democratic institutions must be upheld has been further expressed in his declaration that June 12 will be the new Democracy Day; there is no gainsaying that President Buhari is the father of Nigeria’s modern democracy.”

In a related statement, BMO asked former President Olusegun Obasanjo not to use his recent allegation of planned arrest on trumped-up charges by the current administration to dodge questions on misappropriation of $16 billion on Power during his eight years’ administration.

Read also: 2019: The gang of Generals Buhari must overcome

In a statement signed by its Coordinator, Austin Braimoh and Secretary, Cassidy Madueke in Abuja, the group noted that what former President Obasanjo is trying to do with his unfounded allegation of imminent arrest is to divert the minds of Nigerians from his unanswered question of squandering the humongous $16bn on power during his eight years administration.

“We want to state that the Buhari Administration will not be distracted by any shenanigan, any unfounded allegation from any quarter, especially those capable of causing disaffection among Nigerians and portraying government in bad light. Former President Obasanjo should not be afraid of any trumped-up charges as that is not in the character of President Muhammadu Buhari nor that of his administration. Only the guilty should be worried.”

The BMO also assured Nigerians that the current administration is strongly committed to the tenets of democracy, freedom of speech and the right to dissent, stressing that those who, in their time, were untethered to those principles would find it hard to believe.