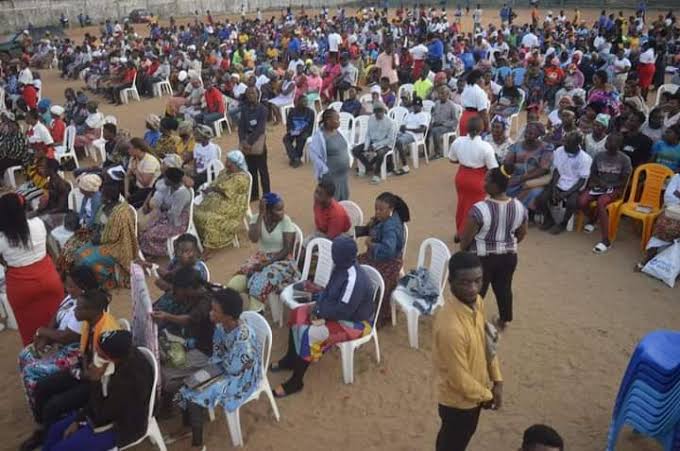 No less than 29 worshippers, including 11 children and a pregnant woman, have been confirmed dead, with an unspecified number sustaining injuries in a stampede at a church programme in Liberia’s capital of Monrovia on Thursday night, the country’s Deputy Information Minister, Jalawah Tonpo, said on state radio.

The stampede, the Minister said, occurred during an all-night Christian worship event at New Kru Town, a neighborhood on the outskirts of the capital.

“The doctors said 29 persons died and some are on the critical list. This is a sad day for the country,” Tonpo said.

A survivor who gave his name as Exodus Morias, said the stampede began after a group of armed men rushed the crowd in an attempt to stage a robbery.

“We saw a group of men with cutlasses and other weapons coming toward the crowd,” Morias said.

“While running, some people dropped and others fell on the ground and walked over them.”

A police report said the region has been seeing an upsurge in street gangs known as ‘Zogo Boys’ who commit robberies with machetes and other small weapons.

Meanwhile, President George Weah has expressed his sadness over the incident, calling it a national disaster.

He also declared a three-day period of mourning and ordered an investigation into the incident.

Weah who visited victims in hospitals on Friday, said:

“This is a very sad day in our country and a tragedy. I want to express our sympathy of all the families that lost their loved ones.

The two-day crusade was reportedly held by a popular Liberian man of God, Pastor Abraham Kromah, and attracted large crowds but turned into a tragedy when the local gang invaded the venue of the programme wielding knives and machetes and attacked the worshippers, triggering stampede.

Related Topics:Liberian church
Up Next